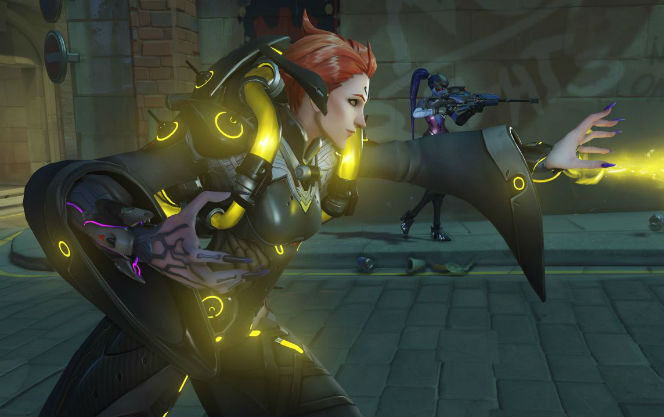 Overwatch Is Getting A New Support Hero And Map A new hero is about to join the ranks in Overwatch. Announced during Blizzcon, Overwatch will be getting a new Healer in the form of Moira! The new support hero is able to switch between short range biotic healing and devastating damage beams. She has the ability to set loose an orb that pinballs around the map either healing allies or damaging foes. Her Ult ability is a giant beam that simutaneously heals teammates while badly damaging opponents.

Along with the announcment of Moira, Blizzard also announced ‘Blizzard World’ the newest map to come to Overwatch. The map is features a theme park-esque design that has many nods and winks to various Blizzard entities such as Hearthstone, Heroes of the Storm, and World of Warcraft. The new map is a hybrid map meaning it will have players both attack and defend a payload. Blizzard World will go live for all players early next year.