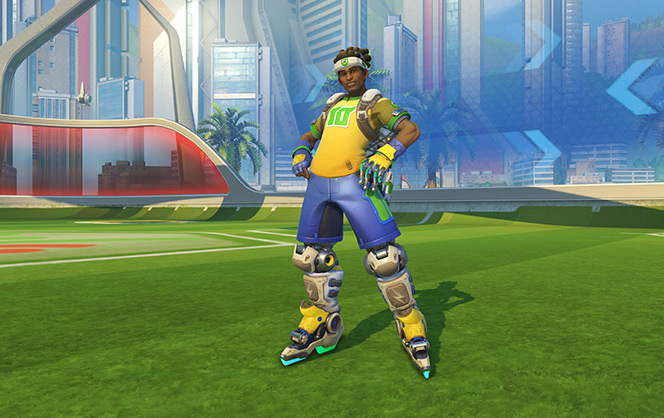 Overwatch Is Getting In The Olympic Spirit Blizzard just kind of dropped this into the wild today and Overwatch will never be the same. From now until August 22, you can get in on the action!

For the next three weeks, you will find upwards of 100 new items in Loot Boxes that correlate to the Olympic Games, in addition, we’re getting Lucioball! What is Lucioball you ask?

Overwatch’s spin on soccer places you in a fast-paced, 3v3 match featuring Lúcio. Players will hit the field in Rio de Janeiro, punching, bouncing, booping, and wall-riding their way to the goal. Understanding how Lúcio’s abilities affect the ball is the key to mastering Lúcioball. For this brawl, his primary fire has been replaced with a melee attack, allowing Lúcio to punch the ball — perfect for dribbling, passing, and shooting from short range. When you need to launch the ball across the map, Lúcio’s secondary attack emits a blast of sound that gets the job done nicely.

Unlike other game modes, the speed boost from Lúcio’s song only affects himself (Amp It Up will still increase that boost for Lucio, as it does normally), and Lúcio’s ultimate ability, Sound Barrier, now pulls the ball toward him.