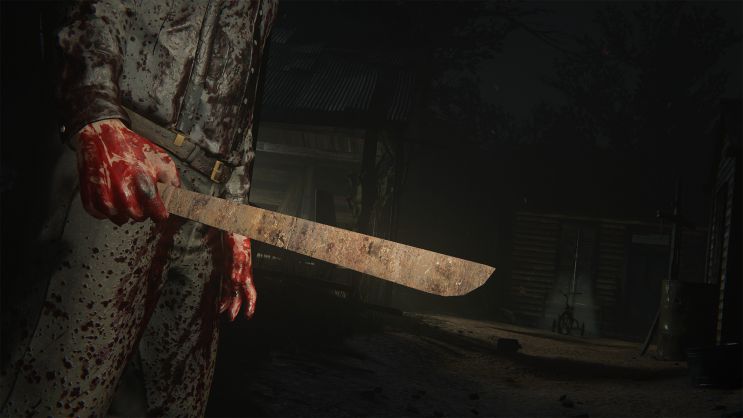 This cutscene is the reason why Outlast was refused classification, and Kotaku Australia has learned more about the refusal, along with a depiction of the scene in question.

In one cut-scene in the game … a female creature prepares Blake for a ritual. She says, “I want to see your true face. Your seed will burn this world.” Shortly afterwards, he objects to having psycho-active dust blown into his face, yelling, “Nope! Nope!” before he stumbles into a forest clearing.

One creature has another bent over a rock, thrusting as they implicitly have rear-entry sex, another sits astride the pelvic region of a creature prone on the ground, moving their hips rhythmically as they too implicitly have sex. Two other pairs of creatures in the clearing are also implicitly having sex.

As Blake yells for the creatures to “Get away from her!” a female creature, her greyish breasts bared, pushes him onto his back, holds his arms to the ground and repeatedly thrusts her crotch against him. As Blake protests, saying “No! Stop that!” the creature thrusts again, before placing its face over his midsection and then sitting up and wiping its mouth.

Although much of the contact between the creature and Blake is obscurred, by it taking place below screen, the sexualised surroundings and aggressive behaviour of the creature suggest that it is an assault which is sexual in nature. The Board is of the opinion that this, combined with Blake’s objections and distress, constitutes a depiction of implied sexual violence.

In the Board’s opinion, the above example constitutes a depiction of implied sexual violence and therefore cannot be accommodated within the R18+ classification category and the game is therefore Refused Classification.