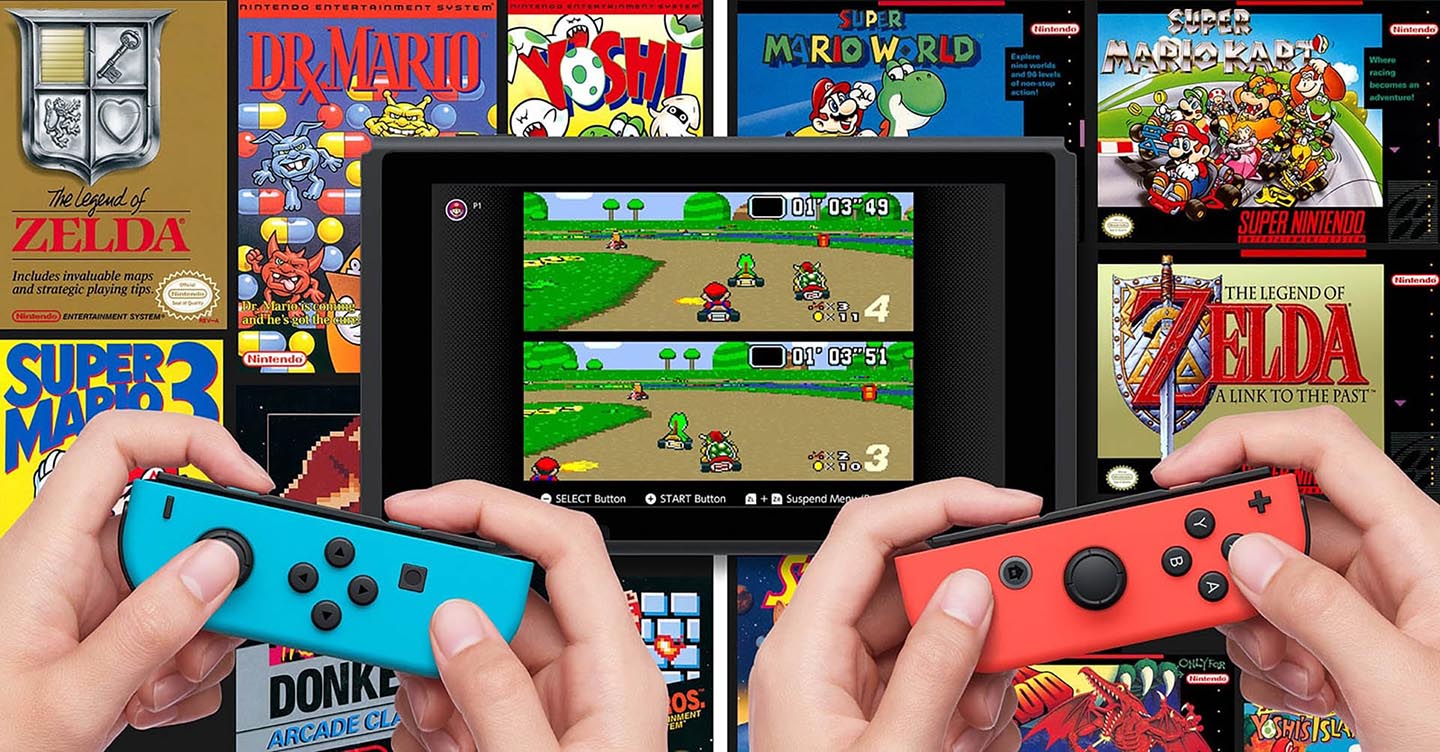 Just over a year ago, Nintendo revealed its own paid subscription service: Nintendo Switch Online. What is Nintendo Switch Online? It’s Nintendo’s first paid subscription service that offered several things for $24.99 CAD a year. This service included online gameplay functionality, access to NES games with added online features, and most importantly, cloud save data storage for your games. Members also receive discounts on eShop titles and exclusive access to purchase NES controllers made for the Switch.

So, one year later for Nintendo Switch Online and you might ask if the price of admission is worth it. In some instances, yes, in others, not at all.

More Games Were Added Since September 2018

One year ago, the service launched with around 20 NES games available for you to dive in and play with. Since then, the number of games has doubled and as of this time sits at 46 games. From October 2018 to August 2018, Nintendo released additional titles to the service, including games like Metroid, Ninja Gaiden, Zelda II: Link’s Adventure, Punch-Out!! and Donkey Kong 3. With each wave of games dropped, at least one was worth checking out for nostalgia’s sake, but some titles leave me scratching my head regarding them being added to the service. Each title is remastered as well, in either 4:3, Pixel Perfect, and CRT Filter. You also can use save states and some games offer online multiplayer if you’re interested in that. You’ll also need to check in to the Nintendo servers once a week to ensure your subscription is still active. Fans are still waiting for a proper Virtual Console service where titles are available à la carte. I’m one of those gamers who would love to curate my library of classic games instead of having a library of titles I won’t necessarily invest time into. More than half the titles available are of little interest to me because of how uninteresting these games are. But with a Nintendo Direct in September 2019 revealed that SNES titles were joining the service, my concerns for the offerings alleviated somewhat before dropping back to their regular level – Nintendo wouldn’t release SNES games every month for the service going forward.

Despite the value being added, at no additional cost to subscribers, the offerings were no longer on a set schedule. Subscribers now no longer knew when more titles would be added to the service, leaving many wondering what and when Nintendo would add more NES and SNES games to Nintendo Switch Online.

I greatly appreciated the inclusion of Super Metroid, F-Zero, The Legend of Zelda: A Link to the Past, Super Mario World, and Joe & Mac 2: Lost in the Tropics now readily available to play on my Nintendo Switch. I’m thoroughly impressed with the initial lineup of titles that came out last month and I’m hoping we see more soon. The improvements are great, too and playing iconic video games from my childhood is a nice stroll down memory lane, we want games from the Nintendo 64 and Nintendo GameCube, too! Hell, I’ll take games from Game Boy Advanced and gladly pay for them, Nintendo! I’ve had a mixed reception over the last year when trying to play games online with Nintendo Switch. Mario Kart 8 Deluxe ran rather well for me, I had next to lag or input delays whereas when playing Super Smash Bros. Ultimate, there were connection issues and left me lagging against opponents. It depends on the game from what I’ve seen, because moving to Diablo 3, my experience was good enough to continue with it.

One year later, I’m still not sure Nintendo Switch Online is the service it needs to be. Online play is hit or miss, Virtual Console is missing, and most importantly, cloud storage is paywalled behind the service fee. So, if you decide not to resubscribe, your saves are lost to the cloud after six months and no longer accessible. Granted, PlayStation does the same thing, but Xbox is leading in offering free online storage to all users. In some cases, like with Pokémon Sword and Shield, Splatoon 2, or Dark Souls: Remastered, you can’t even back up your saves online and are forced to use the save transfer system available on the console. It’s a tough sell for me, and these little things add up to frustrating, anti-consumer practices. Nintendo excels at first-party titles and consistently providing fun and creative experiences you won’t find anywhere else, but the company lags behind the others in an age where the IoT age reigns, and easily accessing my data shouldn’t be a hassle or tied behind a paywall.

For the $24.99 a year it costs to subscribe to Nintendo Switch Online, it’s affordable to more people than say PlayStation Network or Xbox Live. If you have a family, you’ll want to purchase the Family Membership, which is $44.99 and offers up to 8 Nintendo Accounts to access the service. And with NES and SNES titles available from the minute you sign up, you’ll easily find something retro to dive into, and you should – these classic games are gems.