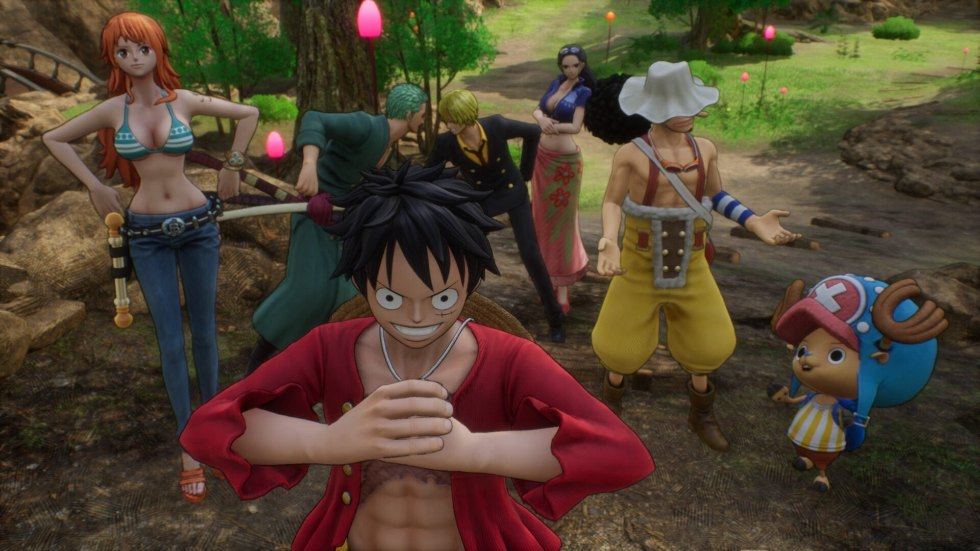 Bandai Namco has announced a new One Piece RPG, One Piece Odyssey set to release this year on PC, PlayStation and Xbox platforms.

One Piece Odyssey‘s story will feature an original story from franchise author, Eiichiro Oda who also conceived the designs of the game’s new characters and enemies. The game will see the Straw Hat Pirates shipwreck with a sadly broken Thousand Sunny after a storm on a mysterious new island.

The storm scattered the Straw Hat Pirates and Luffy’s straw hat, a memento of his role model, Shanks is missing; the game is set to take place “in the middle of the memories.” The game also seems to be the most development time a One Piece game has gotten if Oda’s comments in the trailer are to be believed.

“I thought to myself – ‘wasn’t it like three years ago when I designed the characters?!’. But when I actually saw the game… wow! It felt like I was watching A MOVIIIIE! What incredible immersion,” Oda said in a message at the beginning of the trailer with a shocked Luffy drawing.

The game was officially revealed during a live stream and Pokémon Brilliant Diamond and Pokémon Shining Pearl studio ILCA is developing the upcoming RPG. While the trailer seems to feature mostly cinematic, it’s hinted that One Piece Odyssey‘s gameplay will be turned based which is more supported by its Dragon Quest-inspired graphics which is probably no coincidence as ILCA did support development on Dragon Quest XI.

One Piece Odyssey will see players battle never-before-seen monsters as Luffy finds his crewmates as they come across various mysterious ruins as they experience new quests and explore new dungeons. In addition, players will be able to play as the other Straw Hat Pirates including play as Zoro, Nami, Usopp, Sanji, Chopper, Robin, Frankie, and Brook.

One Piece Odyssey is to release in 2022 on PC, PS4, PS5, Xbox One and Xbox Series, the game’s official website will be opening soon and will feature any further updates on the game.