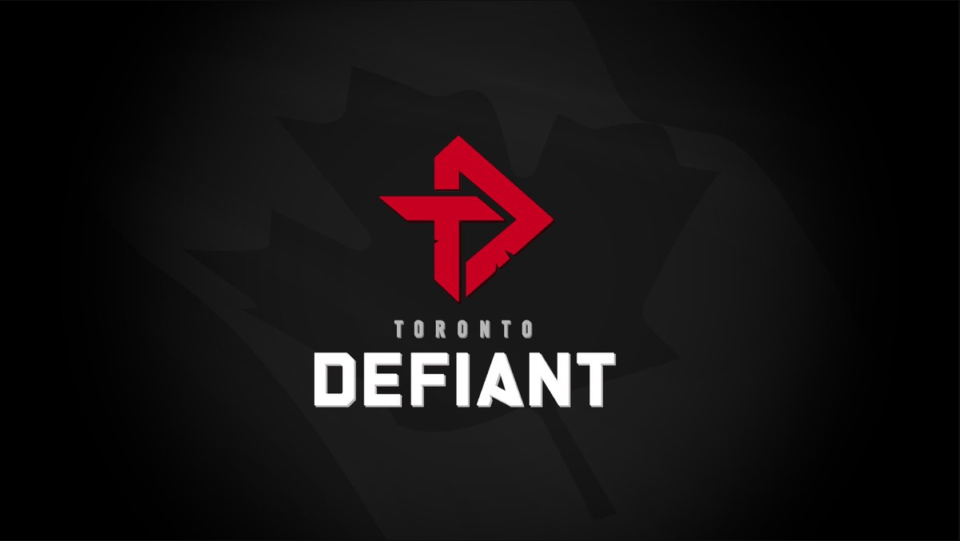 I still remember it being one of the most seemingly religious moments I’ve had the good fortune of experiencing personally back in October when the banners unfurled at Toronto’s Berkeley Church Event Venue to proudly proclaim the name of our first localized esports team- the Toronto Defiant.

At the time, I remember hearing that it was intended to speak to the fiercely unapologetic nature we share as a collective city. Now, just over mid way through Overwatch League season two, I’m sitting here ruminating on just how apt that description is. We’ve been through a lot this season, and times are looking tough. But it is the constant ups and downs that always seems to be what makes being a sports fan in Toronto hard. However, we’re always defiant when it comes to cheering on our teams. Our enduring spirit is the reason we keep paying way more than we should for Blue Jays tickets, cheaper beer notwithstanding. Believing it has to get better with a little foundation work is the reason we were able to go on after losing an NBA “Coach of the Year” at his prime. I can’t even begin to speak to those few Leaf fans who show up to games, jersey’s on and signs held high, even when the two teams playing are Boston and New York.

Losing our captain Kang-jae “Envy” Lee this week is only the most recent in a string of losses over the past two stages of the Overwatch League for the Toronto Defiant. For me, it harkens back to 2008, when the city was forced to say goodbye to one of our greatest captains: Mats Sundin. His dealing to the Vancouver Canucks after not being able to secure a Stanley Cup in Toronto felt empty, despite the cheers that erupted when he took the ice for his last game at the Air Canada Centre. It hurts to bring up Demar DeRozan having to also say goodbye to Toronto.

Richard “GreatRootBear” Ng is the captain of Alpha Flight, Toronto Defiant’s official fan club. Over Twitter, he was quick to put into words the relationship Toronto feels with its captains of sport. “I will miss envy because he was our first captain. I don’t care if it’s esports or traditional sports. Being the captain of a Toronto team is always an honour. I think a lot of folks missed Jae’s comment about the move, but there’s a reality that needs to be addressed regarding player utilization, impact on the team, and impact on the player. Envy has tremendous talent and it can be wise to keep that in the deck, but there’s a practical reality that faces players in what happens to them when they’re riding the pine.”

What Ng sees as important for the Defiant organization at this point in the season in building strong foundations, whether it be as a team or with a star player to inspire. It’s an idea in Toronto sports that has had us seeing red on a couple of occasions, quite literally. We’re just seeing the dust come to rest after the Toronto’s Raptors first ever NBA Championship. It was made possible in large part because of the work of Kawhi “Fun Guy” Leonard; our reward from the aforementioned DeRozan trade. Suddenly, fans in the city roared “he stay,” doing anything to convince Leonard to fall in love with Toronto the way DeRozan did. The prospect of a new franchise player burns brightly anew. Last Thursday’s title fight reminded me of the last time we the city was treated to a parade involving a sea of red jerseys. It was just a couple years after Toronto Football Club (TFC)  made a deal that saw striker Sebastian “Seba” Giovinco move from Juventus first team to TFC in 2015. Seba became a star who shone in the North’s soccer sky for five years. He even led the team to their first championship in 2017. Star players and strong foundations are what contributed to both teams successes. It’s something we need to see from Toronto Defiant,and it’s starting to take shape with the recent promotion of two farm team players.

When asked in an email about the recent departure of Envy as well as Do-hyung “Stellar” Lee and Joon-seong “Asher” Choi, as well as the promotion of two players from farm team Montreal Rebellion, Marty Strenczewilk, Senior Vice President of Operations for Defiant’s parent company OverActive Media, responded by saying, “Our number one goal is to win, first and foremost. Sometimes that’s done with bonafide superstars at the helm. Other times it’s a group that plays as a unit, similar to what the Raptors just put together for their championship run. Our aim will be to put the most competitive team on the field that upholds the values of our organization first and foremost. With the retirement of a couple of our players, coupled with the incredible development of Gods [Daniel Graeser]  and Sharyk [Normunds Faterins] on [Montreal] Rebellion, we saw an opportunity to move up the timing of our transition from Korean language to an English language roster. This decision was based on the growth of our academy players feeding directly into our plans for moving to an English language roster over time.”

Ng contests as to whether the Raptors analogy is correct, but he definitely sees where Strenczewilk is coming from in terms of team building. “As an expansion team, we face the same challenges that any expansion team in any league faces. There are incumbent teams, bigger budgets held by other teams, the need to focus on on-field and off-field development. Everything Toronto is doing right now is about setting foundations. Sometimes things come up like a player exiting the stage like Stellar that wasn’t planned and causes a substantial rebuilding. Adjust, adapt, assume some scarcity of resources. It’s about as Canadian as one can get.”

Boiling it down even further, what Ng is describing is totally Toronto. When it comes to sports, we assume a star will carry us to victory, and we often let go of things we love to make it so. We adapt our teams so that victory is assured. Everyone on the team is given their chance to fit into the fold. We worry about whether or not we have the resources to go all the way against giants. And regardless of the outcome, we stand on guard for it all.