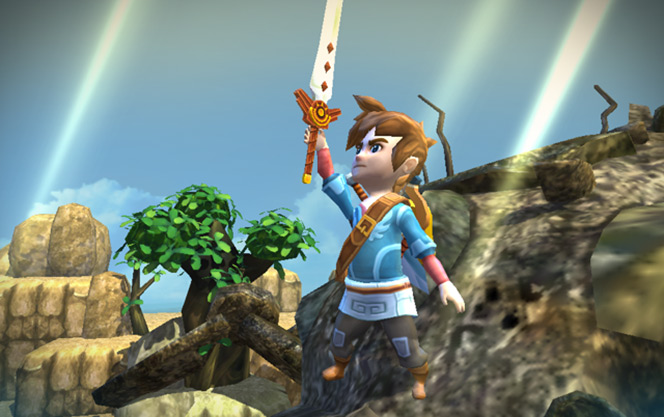 Oceanhorn Is Now On PlayStation Vita If you haven’t heard of Oceanhorn yet, well, shame on you! The game started out as an iOS game on App Store and has a beautiful aesthetic that really feels like a Zelda game with heart.

I’ve had the pleasure of playing this on both PC and on my iPhone, and each time I’ve had a blast.

The publisher, FDG Entertainment has announced on Twitter that the game would be coming to PlayStation Vita in the future, but this is good news for Vita owners as the game is definitely one to play and not miss out on.

Oceanhorn follows a young man who is searching for his father after he has disappeared, the young man heads out to the Uncharted Seas to find him. A sequel is currently in development, too.

Thank you all for voting to port #Oceanhorn to #PSVita ! Here's our response – we think a picture is worth a thousand words 😉 pic.twitter.com/ZYp8vFx15s