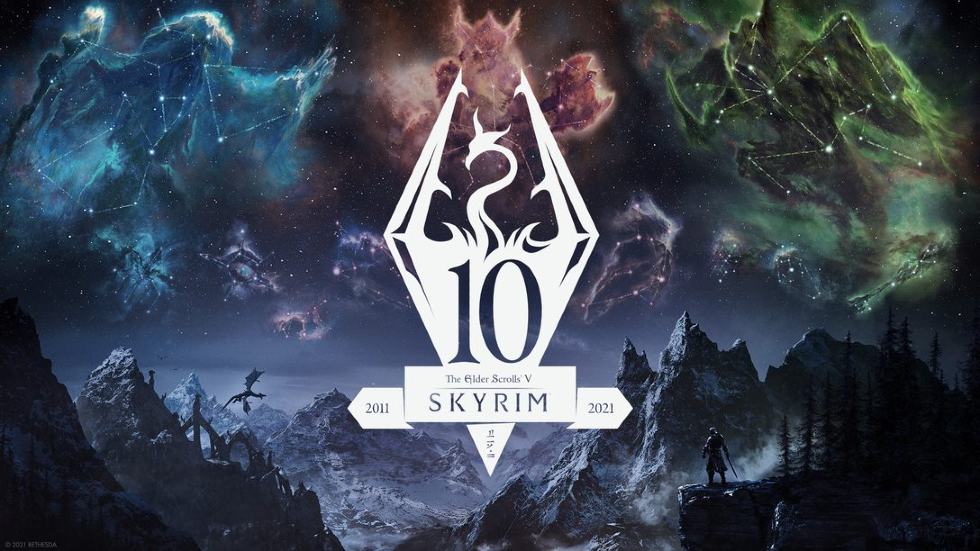 Not a Joke: Skyrim’s Getting An Anniversary Edition

During today’s QuakeCon event, Bethesda somehow managed to reveal yet another port of The Elder Scrolls V: Skyrim and somehow it’s going to sell well. Don’t call me a hater, I adore Skyrim but it’s been a decade since we’ve seen the single-player series.

Skyrim Anniversary Edition is coming out on November 11, 2021, for PS5, PS4, Xbox Series X/S, Xbox One, and PC. Good luck getting this port, Switch fans! Off the top of my head, I can say I’ve purchased the game four times and one copy I was given because EB Games wouldn’t accept the copy so my friend gave it to me.

Thankfully, if you’ve purchased Skyrim Special Edition recently or at all, then the Anniversary Edition will be free to you. According to Bethesda, the new port comes with over 500 user-made pieces of content from Creator Club including quests, dungeons, bosses, weapons, spells and more. Oh and “Fishing,” “Survival Mode, and new quests with “Saints and Seducers.”

You get all three expansions: Dragonborn, Dawnguard, and Heartfire.

In November, you can select by the next-gen port of Grant Theft Auto V or Skyrim. It’s like living in the Twilight Zone.