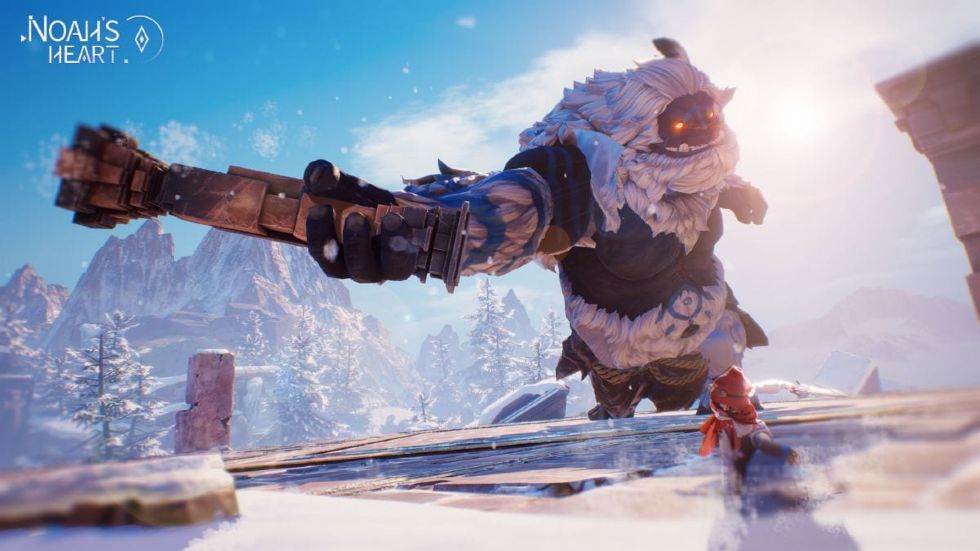 Normally, I reserve my mobile gaming to Apple Arcade and the wonderful assortment of games available on the platform. However, this new trailer for Noah’s Heart is wonderful.

Developed by Archosaur Games, this new mobile MMO is running on Unreal Engine 4 and was revealed recently. The trailer introduces players to a world brought to life by light but is suddenly struck down by darkness, all while showcasing some of Noah’s Heart‘s breathtaking visuals.

So what is Noah’s Heart about? According to the press release, humans live in a post-civilization era and now flock to the virtual world of Era, which was created by the Cube, a mysterious entity.

Developer Archosaur Games has created a Procedural Content Generator in Noah’s Heart. Players can experience a seamless world and can traverse the open world and in between the various islands. There are also interconnected friendships, as you build friendships across the world.

Lastly, the open world is filled with branching storylines, and there are sidequests to tackle too. For example, players may choose to keep certain characters alive during a limited-time rescue mission, resulting in the story progressing in different directions based on that choice. Once a choice is made, there’s no going back.