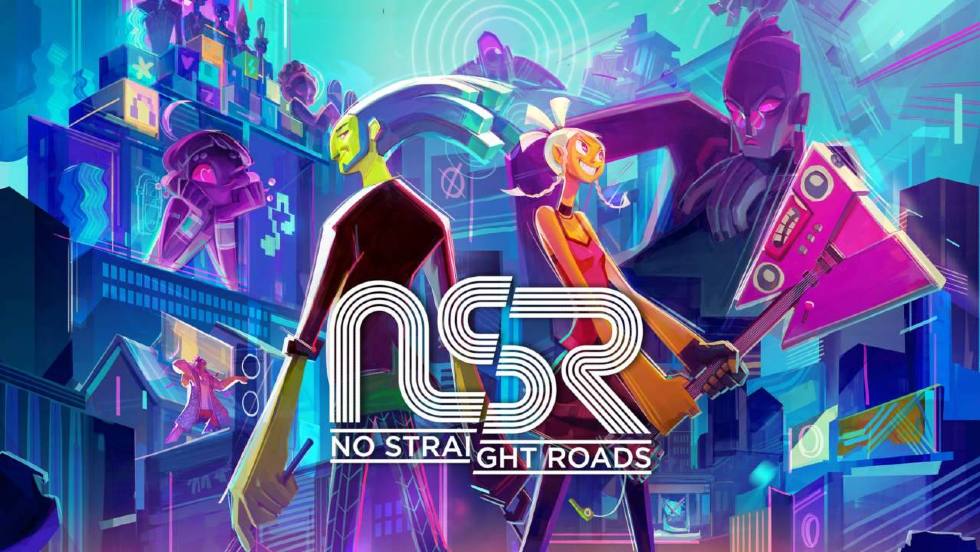 No Straight Roads Is A Musical Game Out In June

Wan Hazmer was the Lead Designer on Final Fantasy XV and has since left the company to work on his own projects. Now, with his own indie studio working No Straight Roads, Hazmer is using what he learned to get this interesting game out this year.

No Straight Roads is an action-adventure game that mashes together rhythm-infused combat with a vibrant offbeat world and a killer soundtrack. In fact, music plays a central role in the game, and while No Straight Roads isn’t a rhythm-action game, listening to the music can be critical to mastering the combat. This means that while enemies attack to the beat, players can attack, parry, jump and move freely in action-packed third-person combat while listening out for cues to dodge enemy attacks.

Playing as both Mayday and Zuke, you’ll face off against the EDM empire NSR, who has a monopoly on Vinyl City and is smothering the expression of other genres within the city. You will lead a revolution across Vinyl City and tackle the NSR’s most popular stars.

We also learn that since No Straight Roads is such a music-focused video game, this allows the developers to work with talented artists. James Landino, Andy Tunstall, Funk Fiction, Masahiro “Godspeed” Aoki, Az Samad and Clyde are some of the names working on No Straight Roads with Falk Au Yeong serving as the music director.

No Straight Roads comes from developer Metronomik and is scheduled to launch on June 30, 2020.