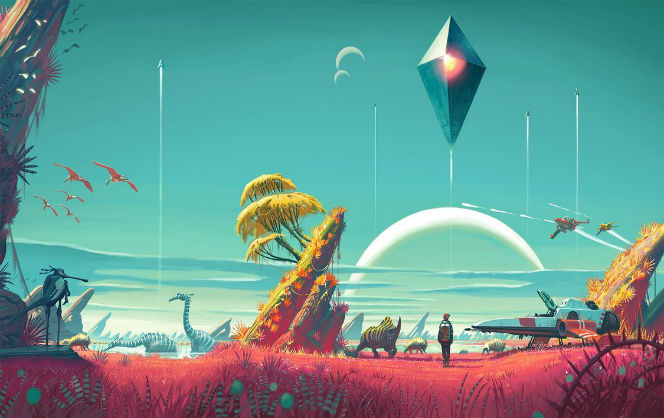 If you could have lived our lives over the last months, you'd know how meaningful this is.

The biggest update to come to No Man’s Sky is now live on PlayStatin 4, which brings with it a slew of new things to explore the universe with. The update is known as the Foundation Update and with that name, allows for three ways to now play No Man’s Sky.

There are three game modes:

Normal mode is the original chilled exploration experience
Creative mode allows players to explore the universe without limits, and build a huge base
Survival mode really changes the game, creating a much more challenging endurance experience

Over on the website for No Man’s Sky, which I linked to above, the entire changelog can be viewed providing more details on the changes that have come to the game.

While No Man’s Sky had a rocky start when launching in August, there was highly ambiguous game underneath the issues that bubbled to the top as the release came. The team at Hello Games even went radio silent for months to get the next update up and ready. The studio has faced a lot of backlash due to the dire condition the game came in, launching half baked and missing tons of promised features that were promised.