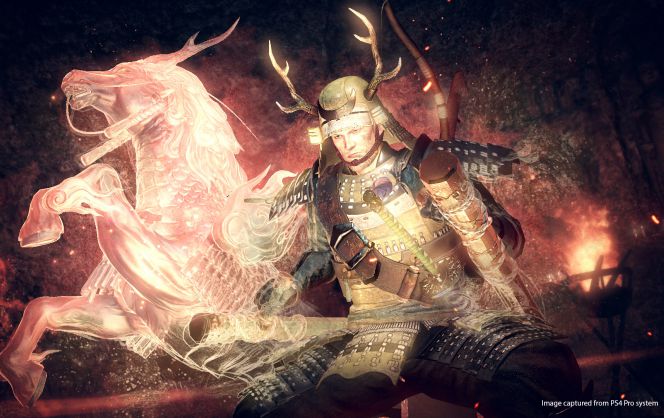 Still playing Nioh? I’m struggling with some bosses near the end months after release, partially due to my backlog, partially due to the lack of time I have to actually play all these wonderful games. I have Dragon of the North downloaded and queued up and waiting, but now, Team Ninja is releasing Defiant Honor on July 25, and will cost around $14 CAD, or as part of your season pass.

“As tensions brew between the Tokugawa and Toyotomi clans, Sanada Yukimura prepares his men for imminent conflict against the Tokugawa’s forces by building a stronghold called the Sanada Maru on the outskirts of the Osaka Castle. With the castle fortified, Tokugawa’s forces were faced with a difficult and bloody challenge.

In the midst of this chaos, our hero William, accompanied by Date Masamune who fights alongside Tokugawa, heads towards Sanada Maru in pursuit of Maria. It is a bitter winter in Osaka and the stage is ripe for a fierce battle for the ages.”

One day I’ll be caught up, until then, I’ll live through streamers and YouTubers who get through the DLC. Check out more on the PlayStation Blog.