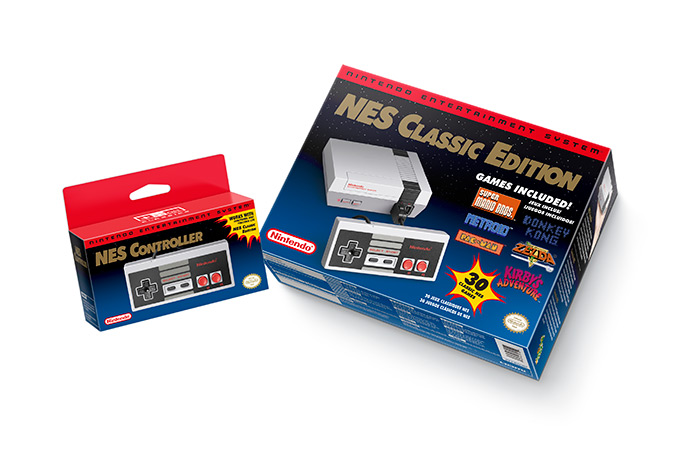 Nintendo Will Be Bringing Back The NES Classic In 2018 No need to cry if you didn’t get your hands on a NES Classic last year as Nintendo announced today that in 2018 they will be re-releasing the very popular device that originally came out last year.

This brings great relief to fans that were unable to get their hands on the miniaturized NES console that sold out shortly after Nintendo released the limited supply. The console’s popularity took Nintendo by surprise as the company was only supposed to release it one time only, but were persuaded differently given the latest news. Although increased availability is good new for most fans, it may not be that way for all Nintendo fans.

Due to high demand and very limited supply of the hardware when it originally released fans got desperate to get their hands on it. NES Classics started appearing on auction sites, Amazon, eBay and Kijiji for hundreds of dollar more than retail price. However the high price didn’t deter die-hard fans who wanted an in on the exclusivity of the console and they shelled out money bidding on the product. For them this news comes as a blow to the face as Nintendo reproduces that console that they overpaid to get.

For the latest miniature device from Nintendo, SNES Classic, the issue of low supply for high demand was feared. A few weeks ago preorders for it opened up and sold out within hours, obviously angering fans. All this despite Nintendo assuring fans that the NES fiasco of last year wouldn’t repeat itself because they’re promising greater supply. Although gamers are still trying to get their hands on the console President of Nintendo America, Reggie Fils-Aime, said in an interview with the Financial Times that, “I strongly urge people not to over-bid on SNES Classics online as we (Nintendo) have dramatically increased production”.

Nintendo hasn’t made it clear whether all 30 pre-loaded games will be available on the rerelease, if the 2018 version may have more games or not or if it will be retailing at the same price of $59.99 USD. As for the SNES Classic, it will be releasing on Sep 29 for $79.99.