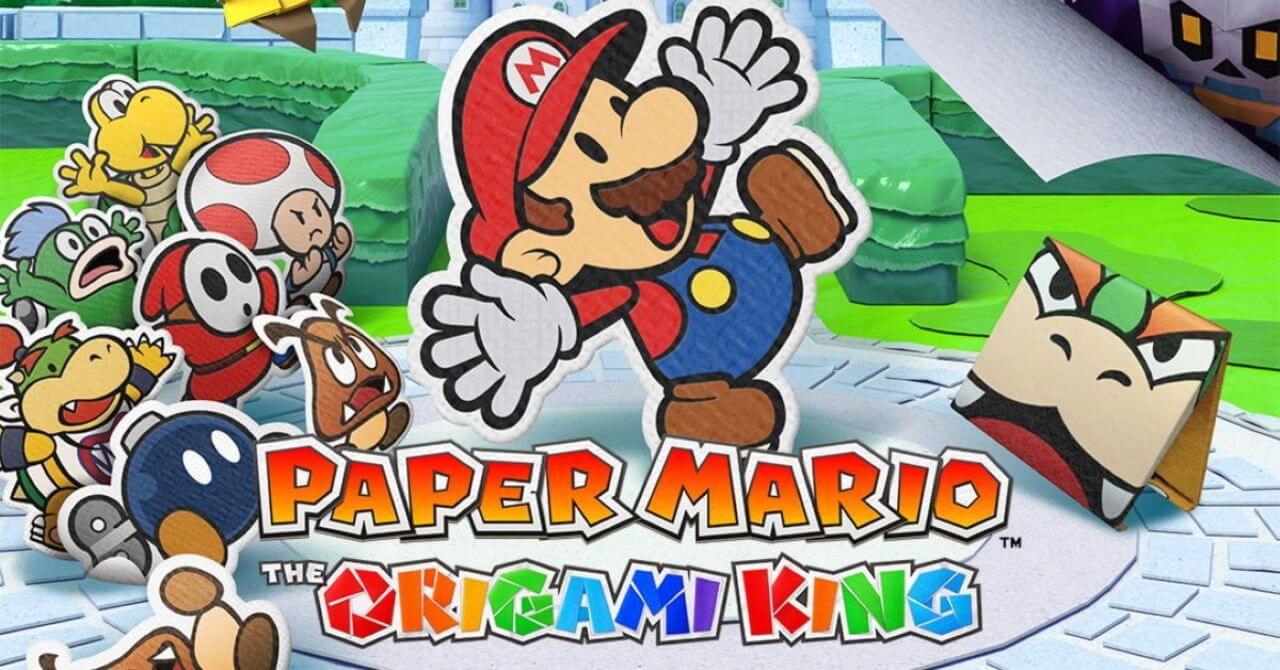 Imagine my surprise when I read the press release this morning over my cup of coffee.

Paper Mario: The Origami King came out of nowhere and offers an exciting new adventure for the first time ever on Nintendo Switch. The trailer starts out in a creepy tone with Princess Peach seemingly not herself. The Origami King introduces a new enemy in the form of King Olly, who wants to fold the entire world and it looks like Mario has new tools to stop a new enemy!

Nintendo says Mario is equipped with a series of new tools, including the 1000-Fold Arms, which allow him to navigate the landscape by stretching and pulling it apart. Also, it’s a perfect tool to solve the puzzles you’ll find in the game as well as a few other surprises.

Also of note is the new ring-based battle system which is essentially a puzzle that when solved, lines up all your enemies for extra damage. We get a glimpse of the battle system in the video posted above. Nintendo says “It’ll require a sharp mind to make short work of these crafty enemies.”