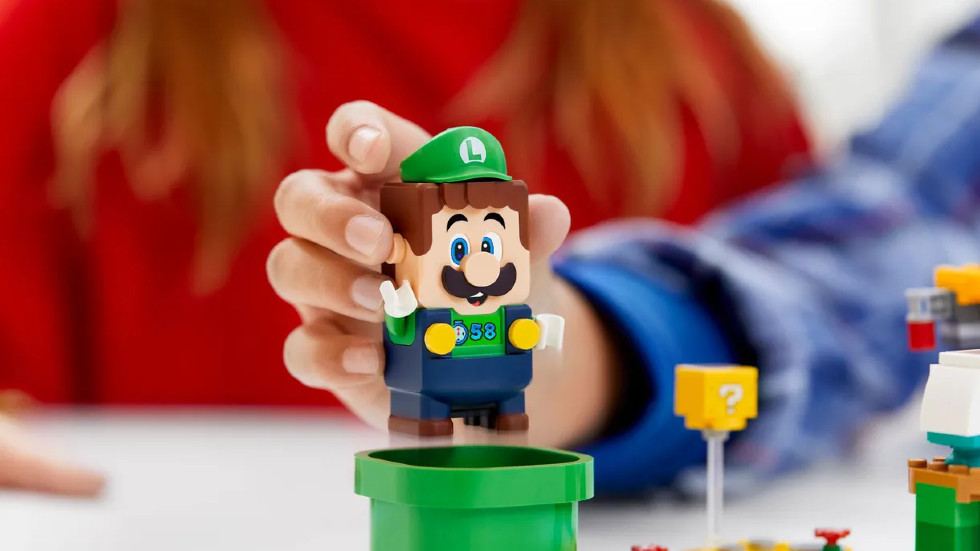 Finally, the older brother gets to shine once again! After reports and videos of LEGO Super Mario calling out for his older, handsome-r brother Luigi, everyone assumed that a new Starter Course was coming, only this time with the better brother.

After receiving a firmware update, Mario began to call out for his brother, it was kind of creepy but at the same time exciting that this collaboration was continuing as I had a blast assembling the Starter Course last year even though it was meant for kids.

Today, Nintendo confirmed the existence of the Adventures with Luigi Starter Course, with pre-orders now live and a release set for August 1, 2021. It costs $69 CAD and includes 280 pieces to assemble with LEGO Luigi including a colour sensor, LCD screen to showcase his many emotions and reactions, and a speaker that includes familiar sounds from the franchise.

From the looks of it, Luigi is built similarly as Mario was, and includes a way to scan barcodes that signify what item the character is interacting with at any given time. It is how Lego Mario knows he’s jumping on an enemy or an item box, the biggest difference looks to be this is just Luigi instead of Mario with the proper voice lines and effects included. The technology is amusing and I know it’s a big hit with children as any child I know who owns this has had nothing but positive responses from playing with the set and the additional kits that build out the entire collection.

In the image above, the Starter Course includes a Pink Yoshi, Boom Boom, Bone Goomba, a few obstacles for Luigi to overcome, a green pipe and a ? block for items, there is even a flagpole to signify you’ve cleared the course that plays the familiar tons of a level complete!