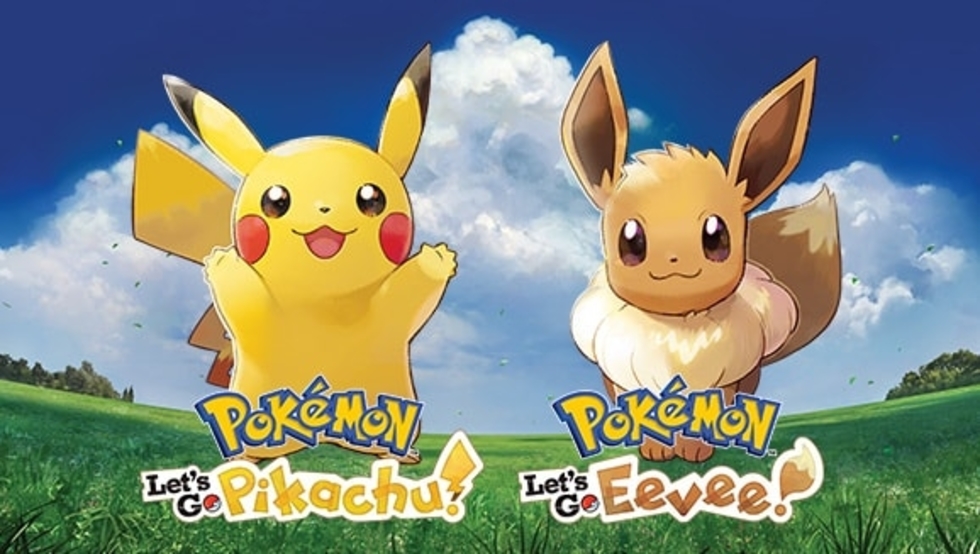 Nintendo Is Full Steam Ahead For The Holidays

Nintendo has set themselves up for a very successful holiday season. Not only has Nintendo recently released Super Mario Party for the Switch, but the publisher is preparing themselves to release Pokémon Let’s Go! and Super Smash Bros. Ultimate. All this before 2018 even ends.

Attending Nintendo Canada’s holiday party, it was a stark reminder of how imminent the release of both Pokémon Let’s Go! and Super Smash Bros. Ultimate was.

During that time, Bobby Pashalidis and I spoke to Andrew Collins, the Communications Manager for Nintendo Canada. Andrew Collins echoed the feelings Bobby and I shared of how inviting each Nintendo game felt.

A constant factor in each of Nintendo’s holiday lineup is the multiplayer functionality. Across the board, each game encourages players to get together and play together.

Whether you are a Pokémon veteran or Let’s Go! Is your jumping off point, the game series offers a little something for everyone. Speaking to Collins, he explained how welcoming the game is. “You have got the visuals –– it’s like you’re watching a cartoon. A lot of kids do come into Pokémon through the cartoons series.”

Pokémon Let’s Go! finally brings the two-player cooperative fun to the Pokémon franchise. As seen in trailers, players can grab a friend, family member or loved one and jump right into the action.

“Being able to play two-player straight away with the Joy-Cons is a huge deal.” Collins continued to discuss, “It’s got that familiarity. Everyone knows Pikachu, so it’s a great place to start.

Pokémon Go has created a new generation of Pokémon fans. Pokémon Let’s Go! hopes to become that gateway from smartphone to console. “It’s also for those 800 million people who have downloaded Pokémon GO. They can step into a Pokémon adventure for the first time without feeling quite as daunted as they could be.” Collins says.

For longtime fans of the series, Pokémon Let’s Go! finally brings us back to the Kanto series. Kanto has not been seen in the Pokémon series since HeartGold and SoulSilver back in 2010. It has become an iconic location that even newer players will recognize by name.

“One of the great things about Let’s Go Pikachu! and Let’s Go Eevee!, for kids my age (laughs) –– my kid’s age, it’s an entirely new experience.” Collins continued “To us, it’s a region that we’ve visited but in a new format. It’s a new format with movie-quality visuals. It’s something familiar, something nostalgic.”

Super Mario Party felt like a return to the early days of the series. The classic board game layouts returned, and some minigames even harkened back to games experienced on the original Mario Party on N64. Players were unequivocally impressed with what Nintendo delivered, and it showed.

“It’s been hugely successful in the market,” Collins said, “It’s got that great Nintendo Switch ability to play anywhere. I’ve played it on the bus with people, on a plane. You just need four Joy-Cons or two Joy-Cons to sit together and play. It’s a perfect summary of that Nintendo experience.”

Super Smash Bros. Ultimate is a bit more competitive, pitting players against one another in a Nintendo’s most massive fighting game to date. Nintendo Canada allowed us to get our hands on the full roster a week and a half after the latest Nintendo Direct.

When speaking to Collins about the Smash Bros. Direct, we asked about the reception from fans for the Piranha Plant character reveal. Collins responded positively. “In part of preparing for the Direct, I get to see it. When I saw Piranha Plant, I thought people are going to love this. I was talking to Riley [Riley Little from Okay Cool] earlier and no one ever said: “I wanted to play as a piranha plant”. But as soon as you can it makes sense.”

Aside from the AAA games, Nintendo also offers a wide variety of third-party titles. When speaking to Andrew Collins earlier this year, it was clear he had a nose for sniffing them out. I wanted to catch up and see if he had been playing any other hidden gems.

“I thought I had. I was playing Dead Cells.” Collins went on jokingly “Now, everyone is playing Dead Cells. So now it’s not like it can be a recommendation…We’ve got games like The Messanger, which is a great, great new take on an old style of game. It’s a good example of what the Nindies can bring to us. Yes, you can get Smash and Pokémon for $79.99 [CAD] but you can pay $20. Overcooked 2 is $27.99. There are games packed for an affordable price range.”

All in all, Nintendo has three surefire winners for the holiday season. Nintendo has found the secret sauce in finding a suitable release schedule for their top-tier titles. Super Mario Party, Super Smash Bros. Ultimate, and the Pokémon Let’s Go! series all offer unique and fun experiences for players. There are also a whole lot of smaller games to get into over the holidays.

A big thank you to Nintendo Canada inviting Console Creatures out, and to Andrew Collins for taking the time to speak to us.