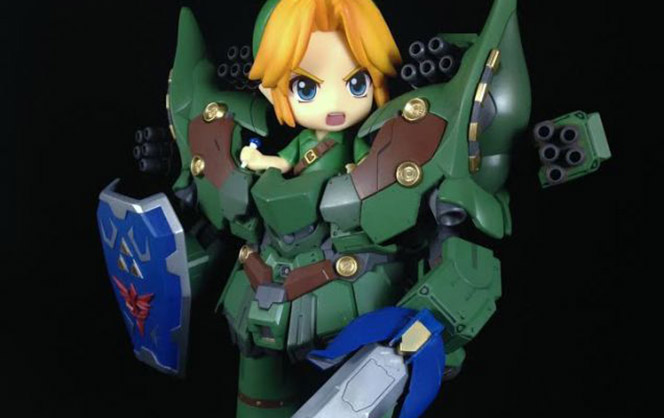 Nintendo Should Give Link This Mech To Stop Ganon Breath of the Wild took the Legend of Zelda into a new and exciting territory, we learned after the game’s release that Nintendo wanted to give Link a bike (he got one in Mario Kart 8!), or that aliens invade Hyrule.

So I would like to present this to you, our readers, as well as Nintendo for consideration in their next game.

Khris Ramirez is the artist behind mecha Link, who created a suit for Link – a mechanized suit of armor made from a Gundam Neo Zeong model! His Facebook page also has other pieces of he’s worked on, all of which are stellar!