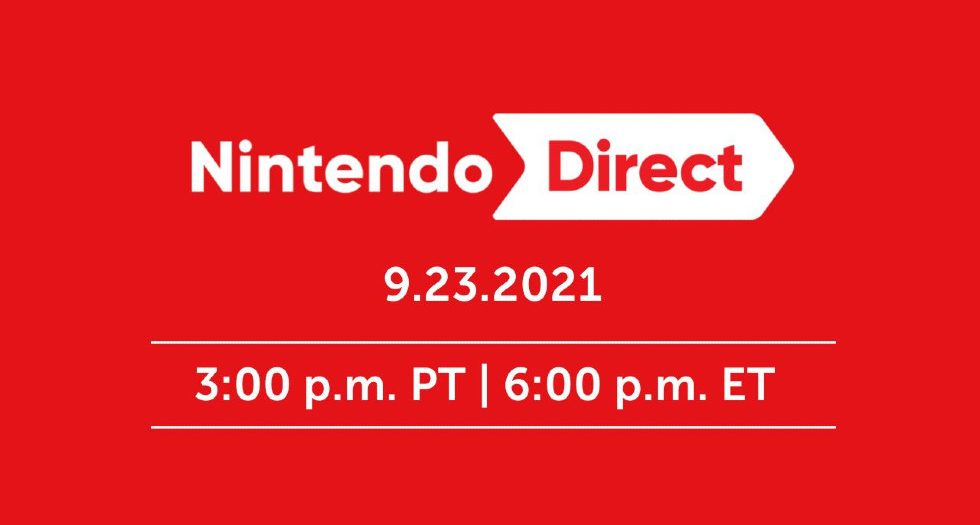 Today is officially the first day of Fall and to celebrate, Nintendo is giving us a Nintendo Direct. Kidding, they just wanted to surprise us with an early gift

As for what the surprise Direct is about is anyone’s guess but Nintendo is promising “roughly 40 minutes of information focused mainly on Nintendo Switch games launching this winter.” Whether or not this means we’ll be getting teases for Metroid Prime 4 or even Bayonetta 3 is hard to tell, but I’m at the very least, expecting to hear more about the final character coming to Super Smash Bros. Ultimate. It should be noted that there isn’t any word on whether or not this is a first-party-only event, so I’m thinking we’re going to see a mix of first and third-party games.

Tune in 9/23 at 3 p.m. PT for a #NintendoDirect livestream featuring roughly 40 minutes of information focused mainly on #NintendoSwitch games launching this winter. pic.twitter.com/feHBEKfHPG

The last Nintendo Direct we saw was for E3 and with that came the Breath of the Wild 2 trailer and also Metroid Dread. It’s so hard to gauge what we’ll be seeing because Nintendo keeps everything they do a secret right up until it’s ready to be revealed. Nintendo Directs tend to be either Earth-shattering good or packed with third-party reveals that bolster the console’s offerings, even if it feels like the system is beginning to show its age with performance issues.

Maybe tomorrow bring news of more games coming to Nintendo Switch Online — rumours say that Nintendo 64 titles are joining the service. There’s also the potential for Game Boy and Game Boy Color games to be added, I’d love to revisit Super Mario Land 2 at some point since it’s basically lost to modern consoles at this point.