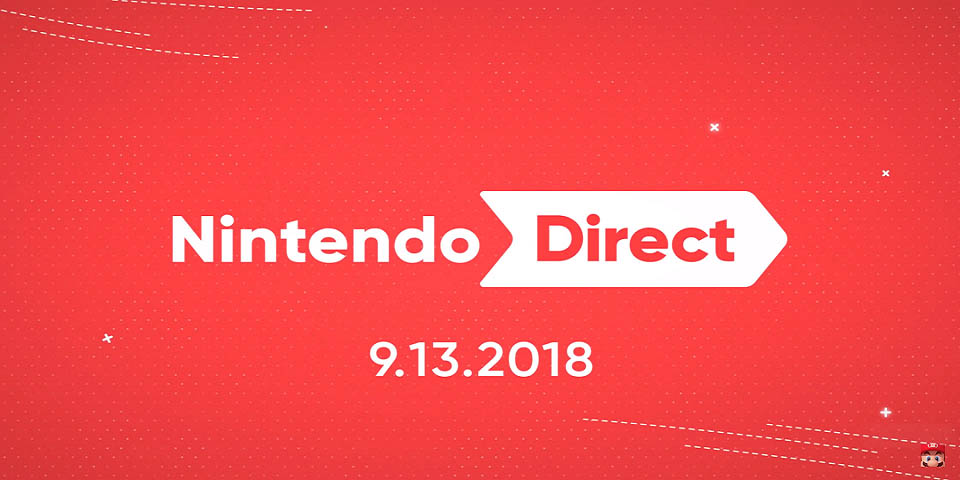 After rightly being delayed by a week, due to a deadly earthquake in northern Japan, we were finally treated to a Nintendo Direct this past Thursday and was it ever amazing. Nintendo Directs have always felt like Christmas Day and on this day we got a ton of great presents.

Usually Nintendo likes to leave the best surprises for last, which was still the case with this Direct, but it also started off with a shocker. A new Luigi’s Mansion 3 for the Switch releasing in 2019! Some gameplay footage was shown, which looked absolutely beautiful. It was back in 2001 when the last console version Luigi’s Mansion was released for the GameCube and it was 2013 when Luigi’s Mansion: Dark Moon (Luigi’s Mansion 2) was released for the 3DS. What’s interesting is that Nintendo teased Luigi with the Poltergust 5000 in the Smash Direct back on August 8, but we were led to believe that it was for the character reveal for Simon. While this was the case, Nintendo must have been teasing us with a Luigi’s Mansion 3 reveal as well. But who would have thought that?

Some existing games have received some interesting updates. Splatoon 2 received some weapon upgrades and Mario Tennis received some new characters including Petey Piranha! It’s always great to see Nintendo continuing to support previously released games, especially Splatoon 2 that was released over a year ago.

Wii U ports have been a common theme for the Nintendo Switch and we can now add New Super Mario Bros U to that list. We have always felt that having ports, whether from Wii U or other consoles, are a welcome addition, especially for those that never had the chance to play it on other systems. New Super Mario Bros U makes sense and will be receiving a January 11, 2019 release. Not much will be changing with the Switch release, other than New Super Luigi U has also been packaged into the game and a couple new characters have been included such as Toadette and Nabbit.

More details about Nintendo Switch Online were also revealed and the service will be launching on September 18. Not much was revealed that we didn’t previously know other than a few new NES games. While the benefits of online aren’t great compared to Xbox and PlayStation, for the price you will be paying it will be worth it. Online play, NES games library, special offers and cloud save are worth the price of admission. A new Nintendo Joy-Con was also revealed but sadly it is only compatible with the NES games and has a lofty price of $59.99US.

Game Freak revealed a new IP that they are working on called Town. Game Freak is known for the Pokémon games so it is interesting to see them try something different. It was also revealed that the new StarLink game featuring the Stat Fox crew will be getting its own Star Fox themed levels exclusive to the Switch. These will include the villainous boss Wolf. This game is definitely gearing up to be a must buy game and were looking forward to its release. The new Yoshi game also got a new name as Yoshi’s Crafted World and is now set for a spring 2019 release. The game looks even better since it was last shown and will be one of the games to watch for in 2019.

New Switch bundles have also been revealed for the upcoming Pokémon Let’s Go games and Smash Brothers. The Pokémon Joy-Cons look absolutely beautiful. it is too bad that they aren’t sold separately and only sold as part of the bundle with a switch. The Smash Joy-Cons aren’t as pretty and only have the iconic smash logo lines on them. It’s too bad as there was a good opportunity to do much more with the Smash Joy-Con.

This Nintendo Direct had to be one of the best in the past few years. Lots of surprises and big game announcements. While 2018 hasn’t been the best of years for first party titles on the Nintendo Switch, 2019 is looking like it will be one of the best, possibly surpassing 2017 when both a new Zelda and new mainline Super Mario game were released. So far in 2019 for first party titles we have a new Pokémon RPG game, Fire Emblem: Three Houses, Yoshis Crafted World, Luigi’s Mansion 3 and Animal Crossing with the possibility of Bayonetta 3 and Metroid Prime 4 to also get released in 2019. Nintendo is on a roll and the hype train is moving along.