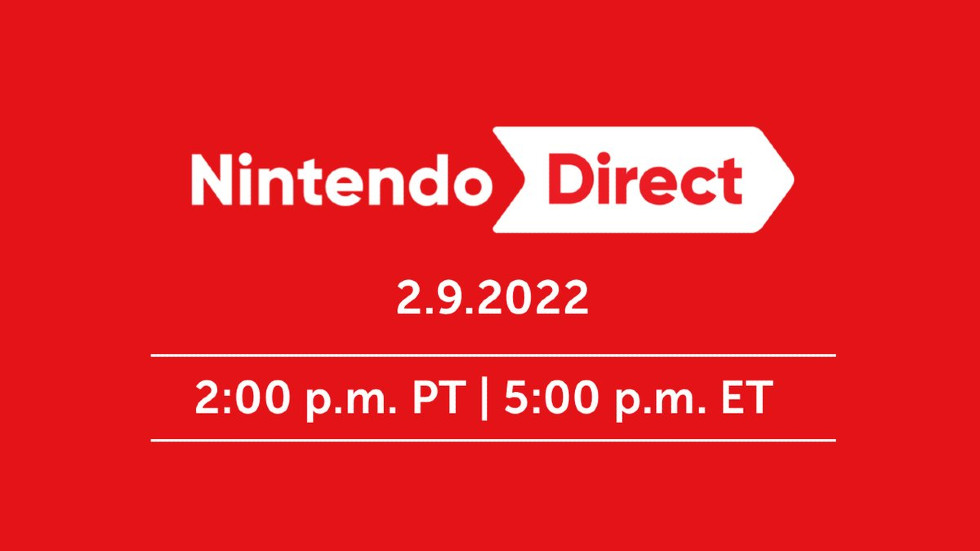 Everything Announced at Today’s Nintendo Direct

As usual, we have no idea what Nintendo has planned today but we know they promised nearly 40 minutes of game reveals for the first half of 2022. I have seen some rumblings of Earthbound potentially heading to Switch Online, as the creator of the Mother series has been retweeting tweets all day.

Your guess is as good as my guess? The event kicked off at 5:00 PM ET today and here’s what we saw:

You’ll encounter unique characters and diverse terrain, requiring you to develop strategies to succeed in battle. Beyond the campaigns of Advance Wars and Advance Wars 2: Black Hole Rising, go for high scores in the War Room, create and share custom maps in the Design Room, and battle friends and frenemies in Local and Online Multiplayer.

Advance Wars 1+2: Re-Boot Camp is making its way to Switch on April 8th.

You’ll be able to travel across the procedurally generated universe in Hello Games’ No Man’s Sky, which is heading to Switch this summer.

Strange incidents called Breaks are occurring across the Gundam universe. Find out what’s causing them and restore the proper timeline in SD Gundam Battle Alliance. You’ll lead three Mobile Suits in dynamic action-RPG battles, with the ability to enhance each suit with Parts to improve their power. You can also battle alongside friends in online co-op multiplayer. SD Gundam Battle Alliance launches on Nintendo Switch in 2022.

The Mario Strikers series is back in a new title called Battle League. The title takes some inspiration from soccer titles like Rocket League.

You’ll be able to customize your character’s gear, use items and use a power move called Power Strike to gain two points. Up to 8 plays can play against each other on one Switch.

There’s also Online multiplayer to test your skills against players around the world.

A new trailer showed off the next wave of the Salmon Run co-op mode in Splatoon 3, which will include fresh new features. A giant Salmonid, one that’s never been seen before, can also be spotted at the end of the trailer Splatoon 3 is set to launch this summer.

A full remake of the first Front Mission is coming to Switch later this summer with a remake of its sequel coming in the future. The series is a tactical RPG where you pilot Wanzers and lead your battalion to victory. The sequel Front Mission 2: Remake will also launch on Nintendo Switch in the future.

An incredible cast of characters including Captain Jack Sparrow, Mulan, Mickey Mouse, Sulley, the Beast and more are suited and revving up for racing combat. The game is a free-to-play title that will bring new courses and characters. You can also upgrade each racer’s stats and improve their unique skills.

The game is launching in Summer 2022.

The Wii version of Star Wars: The Force Unleashed is being ported to Switch. As Darth Vader’s Secret Apprentice, you’ll use devastating Force powers and lightsaber combos as you hunt down Jedi Masters on familiar planets. Use button controls, or opt for motion controls enhanced from the original Wii version.

The Force Unleashed launches on Nintendo Switch on April 20.

Klonoa: Door to Phantomile and Klonoa 2: Lunatea’s Veil are coming to Nintendo Switch! Run, jump and hover while firing Wind Bullets to grab and throw enemies across dreamy side-scrolling levels, using each level’s surroundings to your advantage. Take on great adventures when Klonoa Phantasy Reverie Series launches on Nintendo Switch on July 8.

Travel across two worlds in the upcoming remaster of the RPG Chrono Cross and the origin story, Radical Dreamers. A number of enhancements have been made to this RPG classic, like the ability to turn off enemy encounters and a newly refined soundtrack

Kirby and The Forgotten Land

Kirby’s latest adventure lets your use a new mode called Mouthful mode that lets you use the object that is in Kirby’s mouth. Introduced today, Mouthful Mode Kirby can inhale real-world objects and transform into a car to zoom around, a vending machine to attack with juice cans or even become a piercing cone, to name just a few examples.

Kirby and The Forgotten Land is set to launch on March 25th.

For the first time ever, the MLB The Show series is coming to Nintendo Switch! In MLB The Show 22, players can experience modes like the fan-favourite RPG mode Road to the Show and online card-collecting mode Diamond Dynasty at home or on the go.

The rest of the Kingdom Hearts series is coming to Switch with a cloud version on February 10th. Relive fond memories from previous playthroughs or get to know these heart-filled adventures for the first time alongside Sora, Donald and Goofy on Nintendo Switch.

In the award-winning games Portal and Portal 2 from Valve Software, the Portal Gun is your key to surviving imprisonment in a mysterious lab. Create portals and warp to other areas and possibly find cake? You can pass through portals – and so can cubes, lasers and robots with unnerving levels of personality. Portal 2 adds in local, online and split-screen multiplayer modes.

Valve’s Portal and Portal 2 are making their way to Switch later this year.

Wii Sports is back in a new version made for Switch called Nintendo Switch Sports.

Sports from Wii Sports and Wii Sports Resort such as bowling, tennis and Chambara will be making a return while soccer, badminton, volleyball are being added. There’s local and online multiplayer.

An update this summer will add support for the Leg Strap accessory to strap a Joy-Con to your leg for soccer. Another update in the fall will add golf to the game.

An Online Play Test for the game will be happening from February 18th to 20th. You’ll be able to play, bowling, Chambara and tennis and you’ll need an active Switch Online membership to participate.

You can find out more at sports.nintendo.com.

The classic Earthbound and Earthbound Beginnings are making their way to Nintendo Switch via the Switch Online Expansion Pass. Join Ness, Paula, Jeff and Poo in their quest to fulfill an age-old prophecy to stop the wicked Giygas (and maybe catch a Runaway Five concert along the way) in the fan-favourite Super NES classic EarthBound. In addition, travel back to 198X for EarthBound Beginnings, a localized version of the original Famicom Mother game.

In the Wild West, a wanderer with a bounty on his head fights for his life. In the Twilight of Edo Japan, a shinobi undertakes a secret mission. Play seven stories featuring a variety of protagonists, time periods, and gameplay styles in any order you choose, now with newly remastered HD-2D graphics. Live a Live arrives on July 22, 2022.

The latest Taiko no Tatsujin game is coming to Nintendo Switch! Drum to 76 boppin’ beats, including an orchestral version of the main theme from The Legend of Zelda, as well as “Gurenge,” “Feel Special” and “Racing into the Night.” Face off against each other in the new mode, Great Drum Toy War, or put on a live concert with friends in DON-chan Band. Plus, a paid in-game subscription service that gives you access to over 500 songs will be available at launch.

Another helping of Cuphead action awaits in the paid DLC Cuphead – The Delicious Last Course! This time around, Cuphead and Mugman are joined by Ms. Chalice for a rollicking adventure, where you’ll explore the new Inkwell Isle and use some of Ms. Chalice’s new moves like double jumps and rolling dodges.

Metroid Dread‘s getting an update! In the brutal Dread Mode difficulty, all it takes is one hit to cause a game over. For players new to the series, Rookie Mode allows for increased recovery and less damage from bosses. The free update is available now! Additionally, look forward to a second free update arriving in April, which will add Boss Rush mode, where you can take on bosses continuously, one at a time until you’re defeated!