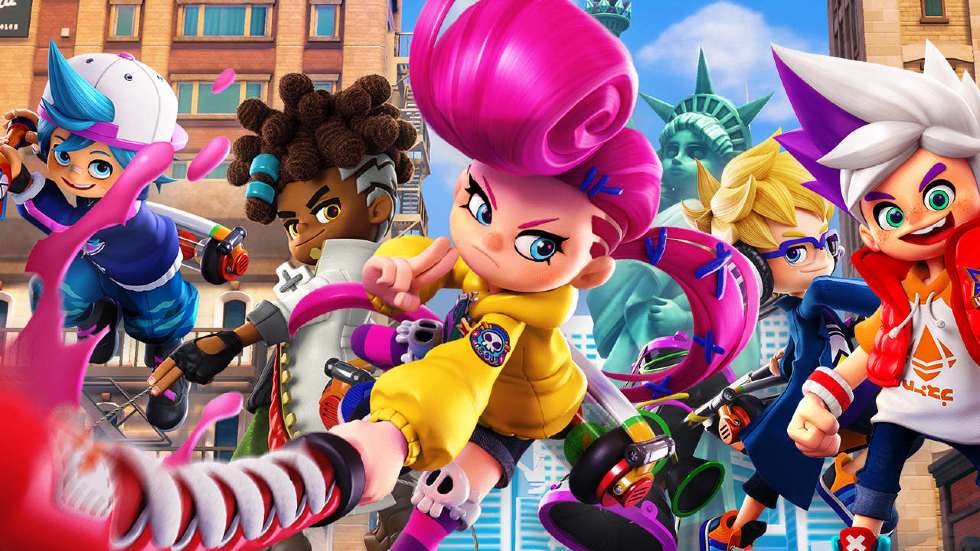 Lovable free-to-play brawler Ninjala is getting ready for its biggest season yet!

The Ninja Carpet is a Board Type weapon that comes loaded with Gum Laser and Ninja Tornado. This weapon is all about giving you the upper hand over pesky players.

There are four new Shinobi Cards to help you change up your gum-hardened battle strategy.

· Iron Bind: An iron-strong Gum Bind that prevents opponents from being blown away.

· Life Recovery: Attack an opponent caught in an Iron Bind to restore life.

· Reduced Cooldown: Defeat an opponent in an Iron Bind to restore the Gum Shoot cooldown.

Monthly tournaments for Season 8 of the WNA will commence on December 25th with the Hattori Hanzo Cup. Players will have just six hours to compete for a top spot, but all participants will be given 10 Gumball Machine Coins.

Turf Match plays out as a four vs four Team Battle that pits teams of players against each other to control different parts of the map. The team with the most territory at the end wins.

Lastly, a new Ninjala anime series is in development and will begin airing in January 2022. While details are still quite short, with only introductory sketches shown off, Ninjala’s anime will build off of the lore of the YouTube series and will dive deeper into building out the game’s colourful world.

There’s so much happening to keep Ninjala players going in Season 8, and you can get a start on it through the Cyber Monday 2021 Campaign [November 17th to December 1st]. Players will receive a free 400 Jala login bonus and 30% off Daily Avatar items or 50% off with a Ninjala Pass. There are also new exclusive outfits, like the Astronaut Outfit in the Shinobi Shop and the Firefighter Outfit in the Gum Gacha