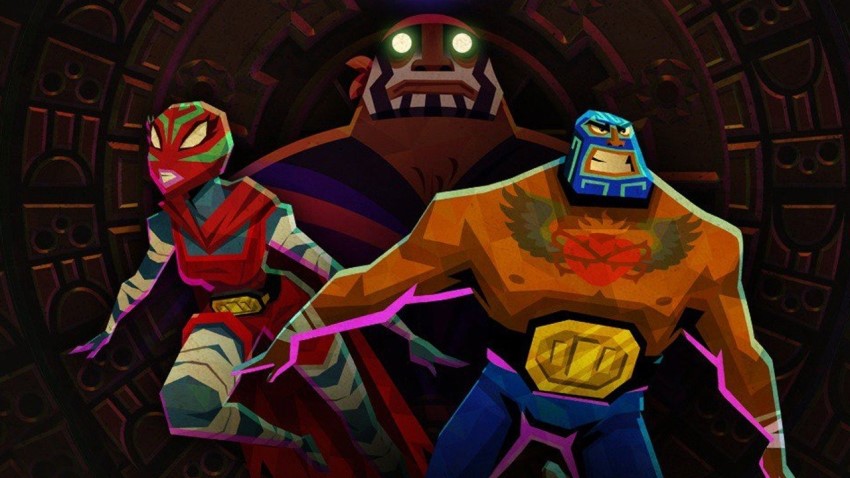 Nintendo Canada held an intimate showcase at the Toronto YouTube Space. Lending the spotlight to the many local indie developers that have released their games on the Switch console, Console Creatures was able to get a taste of the many games coming from the Toronto dev scene.

The evening, which was aptly named ‘Nindies Night’ celebrated the continuous waves of indie games releasing on Nintendo’s console—specifically stemming from Toronto. On the YouTube Space floor were DrinkBox Studios, Capybara Games, Vertex Pop, and Numizmatic.

Many of the games shown have been living on the Switch platform for quite some time, it was refreshing to see Nintendo Canada bring awareness to the Toronto-made games when so many titles hit the eShop each week. Announced last year, Super Crush KO combines old school beat ‘em up mechanics, with fast gunplay in this stylized side-scroller. While no release date has been officially announced, Super Crush KO’s release on Switch should not go unnoticed. The mechanics and visual aesthetic Vertex Pop has implemented should attract quite the audience.

Numizmatic’s Light Fingers was also on the floor for attendees to try out. Four friends (or soon to be enemies) walk the on-screen game board to scavenge all the loot they can get their hands on. Injecting turn-based strategy into Light Fingers, each player chooses a card that will influence their turn. Grab the precious loot and escape, while other players attempt to thwart your efforts. As the Light Fingers game board is never the same as the last, playing a second game opens up new possibilities for players.

Finding success on the iOS platform after the 2011 release, Capybara Games’ Superbothers: Sword and Sworcery has gone on to release on Switch last November. The action-adventure game, while grim and sombre, also sports a wonderful pallet of visuals all due to the 8-bit design. Sword and Sworcery blend puzzles, rhythmic combat, and exploration into a tight package.

Last up, Guacamelee! 2 from DrinkBox Studios was available for a hands-on demo. Personally, one of my favourites simply due to DrinkBox’s understanding and execution of a game in the Metroidvania genre. DrinkBox Studio is no stranger to the Switch platform. DrinkBox has previously released the original Guacamelee! Super Turbo Championship Edition, and the hack-and-slash title, Severed on the console. Guacamelee! 2 continues the story of Juan Aguacate as he must travel through the ‘Mexiverse’ to stop villainous Salvador and restore order. With equal amounts of challenge and rewarding gameplay mechanics, Guacamelee! 2 is a must play!

Seeing the Toronto content creator community gather and appreciate the talented local development studios was quite a sight. It should be apparent by now that Toronto devs have been able to tap into a source of creativity. It has allowed each of their games to glow with style and flair.

Nintendo’s Nindies lineup is an ever-growing landscape full of beautiful games big and small. The small vertical showcased at Nindies Night is only the tip of the iceberg. One can only imagine that more and more Toronto-based indie games will continue to find a place on the Switch’s platform in 2019 and beyond.