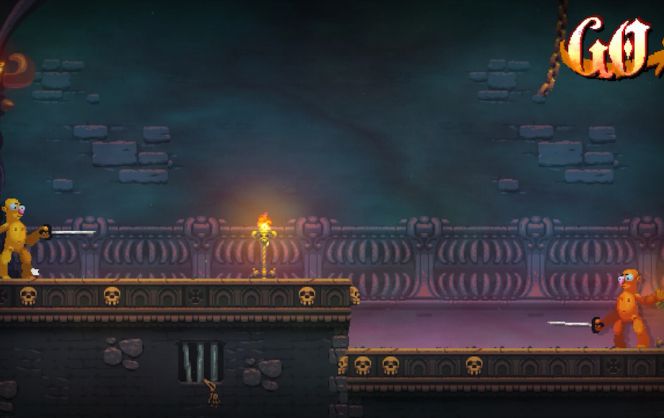 The original Nidhogg launched and took the world by how simple but addicting the gameplay was. I bought the first game on a whim and was pleasantly surprised by how much fun I had with my friends and family by simply jousting. With the sequel, much has improved and given players more to do, with a graphics overhaul and online modes that will break friendships.

The rules are simple. Reach the other side and kill anyone that stands in your way. Deftly parry and rend their throats, riddle their bowels with arrows, or squish their brains between your toes. The wurm cares not for chivalry.

Nidhogg 2 builds upon the award-winning gameplay of its predecessor with new weapons to wield and levels to master, head-to-toe character customization, the captivatingly grotesque art of Toby Dixon, and an awesome soundtrack including music from Mux Mool, Geotic, Doseone, Osborne, and Daedelus.