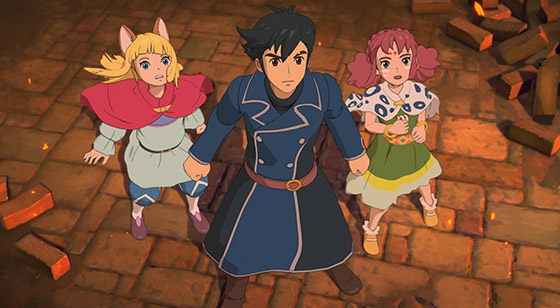 Ni no Kuni II: Revenant Kingdom has gone gold! Go behind the scenes to learn more about is revamped combat system, Kingdom Mode and Skirmish Mode: https://t.co/zlFtRh3A5J Out March 23 on PS4 pic.twitter.com/2viMDQjFn9

The countdown is on for Ni no Kuni II: Revenant Kingdom, as the game has officially gone gold today ahead of it’s March 23 launch for PlayStation 4 and PC.

Originally set to launch in January, Level-5 and Bandai Namco made the choice to delay the game a few short months to polish up the experience and ensure it was up to their standard.

To celebrate the milestone of the anticipated RPG, they publisher has revealed a behind-the-scenes look at the game which features new footage and developer interviews.

A treacherous coup has dethroned Evan Pettywhisker Tildrum, the young ruler of Ding Dong Dell. Evan – along with the help of his friends; Roland, Tani, Batu, Lofty, and many others they’ll meet along their journey – will build a new kingdom free of strife while uniting the whole world of Ni no Kuni. Across Evan’s grand adventure, players can explore a beautifully crafted world filled with exotic locations, a wide cast of characters to encounter, dangerous foes, and plenty of allies eager to help. Supporting Evan on his adventure will be natural phenomena known as Higgledies. The Higgledies will provide invaluable support during battles including offensive and defensive buffs, increasing special attack power for Evan and his friends, and assist in attacking enemies. There are 100 unique Higgledies to collect, each with its own special powers. Mix and match different combinations of Higgledies during combat to strategically secure the upper hand in battles.