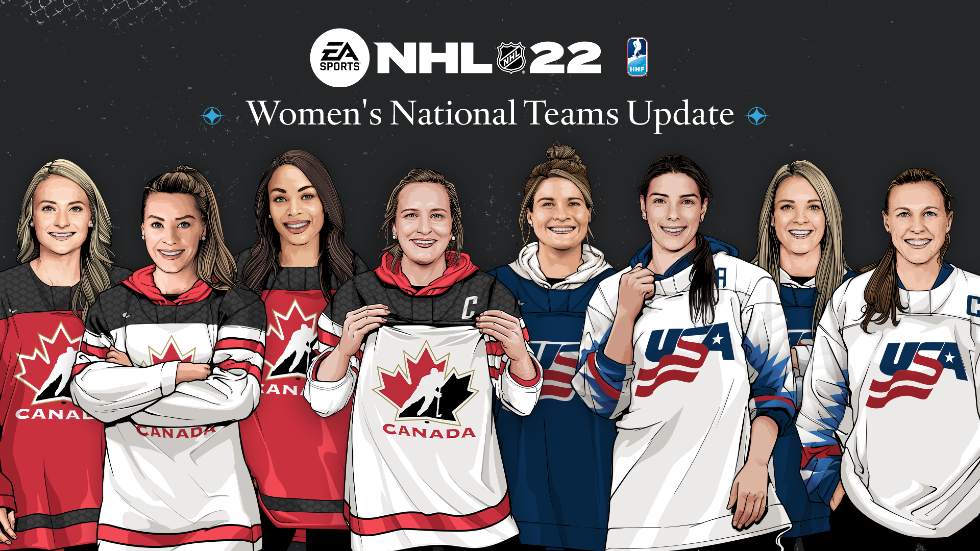 But today, you can finally take to the ice as Team Canada’s Marie-Philip Poulin and Natalie Spooner; Team USA’s Hilary Knight and Kendall Coyne-Schofield, and many more across a number of modes.

Knight’s portion of today’s trailer is particularly interesting as she confesses that she didn’t come from a hockey family, so most of her understanding of the game comes from video games. While Team Canada captain Marie-Philip Poulin calls the experience, “such a privilege to lace up my digital skates for the very first time in NHL 22, and to get to do so while playing for my country makes it all the more surreal” Poulin also hopes this is a stride forward for female representation in both NHL 22 — as well as the real-world game it emulates. “Representation matters and I’m thrilled that every young girl who picks up a controller to play NHL 22 can feel like hockey is a sport for her, too.” Poulin offers.

“The introduction of this latest IIHF content to NHL 22 continues the franchise’s evolution to reflect the growing diversity of its fanbase,” says Sean Ramjagsingh, VP and GM, EA SPORTS. “We’re so proud to showcase this stellar talent from around the world — and in particular, the women’s international teams—as they make their Chel debut.”