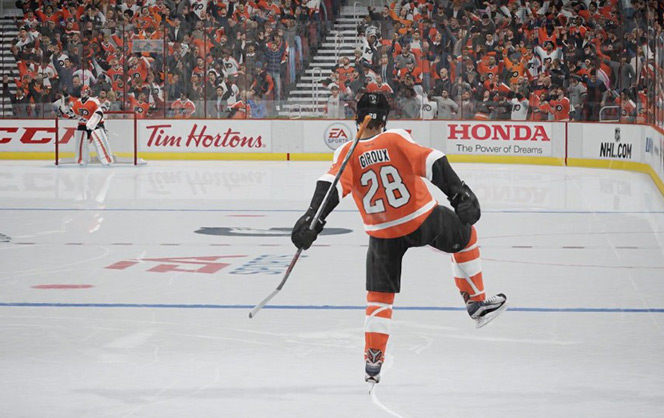 Today at Gamescom in Cologne, Germany, EA SPORTS NHL 17 is celebrating the upcoming World Cup of Hockey 2016 tournament with an all-new trailer showcasing the new World Cup playable game mode and more exciting new hockey perks for members of the EA SPORTS NHL Rewards program, including the chance to win a trip to Toronto, Canada and tickets to a game in the tournament final.

The World Cup of Hockey is one of three all-new playable modes in NHL 17, delivering brand new ways to live out your hockey fantasy in the most exciting EA SPORTS NHL to date. Featuring all eight World Cup of Hockey teams with authentic player rosters and jerseys, fans can lace up as their national hockey heroes and compete in the best-on-best international tournament.

Earlier in August, EA SPORTS announced the EA SPORTS NHL Rewards program, the best destination for hockey fans to register for free and receive awesome hockey rewards, in-game digital content for Hockey Ultimate Team and other great surprises. Today, members get even more great rewards, including a one-month free trial of EA Access for the first 100,000 members on Xbox One. NHL Rewards members also get a chance to win tickets and a trip to see a final game at the World Cup of Hockey in Toronto, Canada.

NHL Rewards members will also receive 10% off any Shop.NHL.com purchase, including team jerseys, hats and gear, as well as more great rewards and Hockey Ultimate Team perks for NHL 17 throughout the NHL regular season. In-game rewards will be automatically entitled via members’ EA accounts while out-of-game discounts, perks and prizing notifications will be delivered directly via email.

NHL 17 lets you shape your legacy in the most exciting EA SPORTS NHL game to date, featuring all-new game modes, new and deeper experiences in fan-favorite modes, and the best on-ice gameplay to date. To see all the new features coming to NHL 17, visit here.