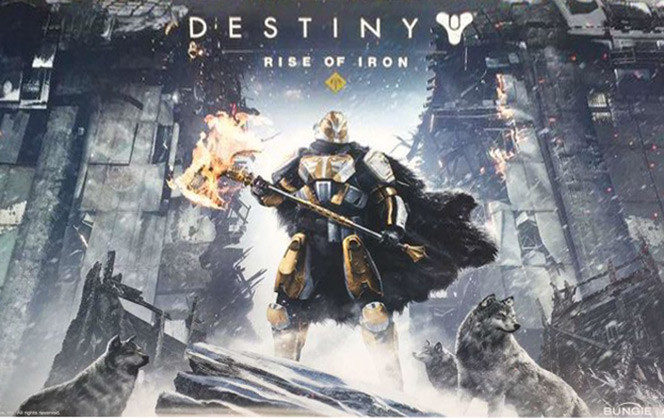 The Next Destiny Expansion Is Called Rise Of Iron Kotaku reports via Reddit that the next expansion for Destiny will be called Rise of Iron. The expansion was leaked through marketing material it looks like.

Kotaku’s sources claim that the picture is real and that the new expansion will feature a new raid and will be larger in content than both year-one expansions.

The promotional art features a familiar character from the series, Lord Saladin, who represents The Iron Banner in-game PVP.

The expansion is rumoured to take  the place instead of the pushed back Destiny 2, which was set for release in September 2016, to a much further date next year in 2017.

This should most likely be revealed at E3 next month.