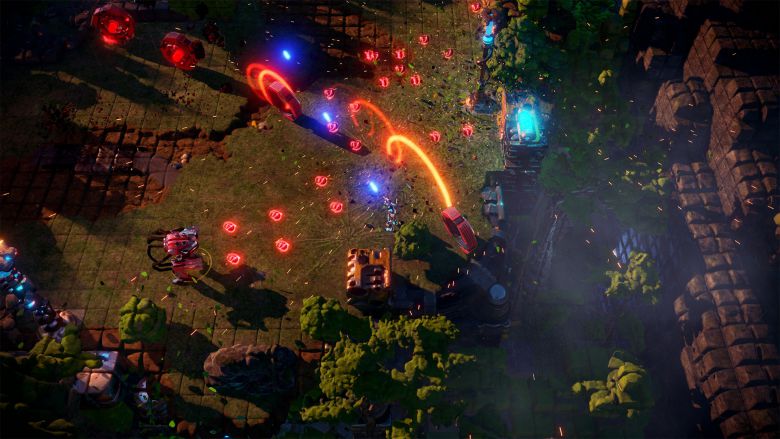 In Nex Machina, humans have become deeply dependent on technology, while around them, machines have reached consciousness and surpassed human intelligence ten-fold. The machines turn on their creators and make it their mission to eradicate human life. Nex Machina features explosive classic arcade gameplay while making full use of today’s technology to complement highly developed twin-stick play.

Additionally, today Housemarque announced local co-op play for the game. Staying true to the old-school arcade halls, local co-op will be included at Nex Machina’s launch, allowing players to compete against one another or work side by side to achieve victory.