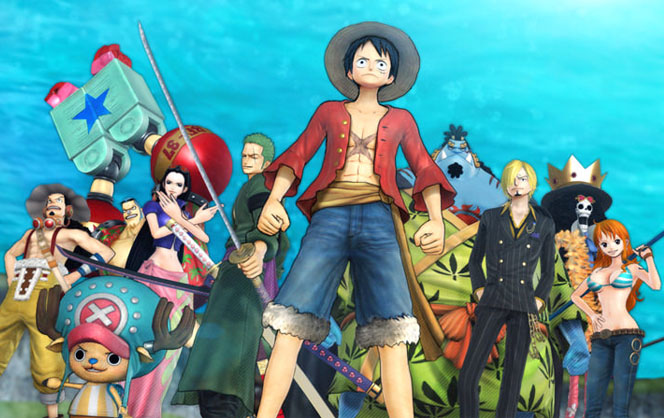 Bandai Namco Entertainment America Inc. recently released its new trailer for One Piece: Pirate Warriors 3! This action game title, based on the hit manga and anime series, is due out for the PlayStation 4, PlayStation Vita, PlayStation 3, and the PC through Steam, on August 25th!

The story line for One Piece: Pirate Warriors 3  revolves around the current Dressrosa story arc, and allows players to continue their quest with Luffy and the rest of the Straw Hat Crew while they take on Dressrosa Island’s crazy leader, Donquixote Doflamingo. Players will also be able to take part in some amazing battles, in some of the series’ most iconic locations, including Marineford, Punk Hazard, Fishman Island, and of course, Dressrosa. For those in North America who pre-order a copy of the game for the PlayStation 4 from GameStop/EB Games, they will receive a collectible One Piece: Pirate Warriors 3 metal game case, and a DLC content pack loaded with two missions and two costumes; “Luffy as a Giant Fish” costume, and “Sabo dressed as Lucy” costume. And those who pre-order a digital copy of the game through the PlayStation Network will be able to receive the same DLC content pack and a dynamic theme for their system.

You too can set sail with One Piece: Pirate Warriors 3 on August 25th!