I do have to confess that my current knowledge of what LEGO is up to these days is that they somehow still have a number of stores in Toronto and New York and that they are still building on popular culture like they did when I was a kid.

Speaking of popular culture, with “May the Fourth” coming up on Wednesday of next week and families of gamers coming off the recent release of LEGO Star Wars: The Skywalker Saga back at the start of April, LEGO fans can flex their Force powers on building a few new LEGO Star Wars dioramas. 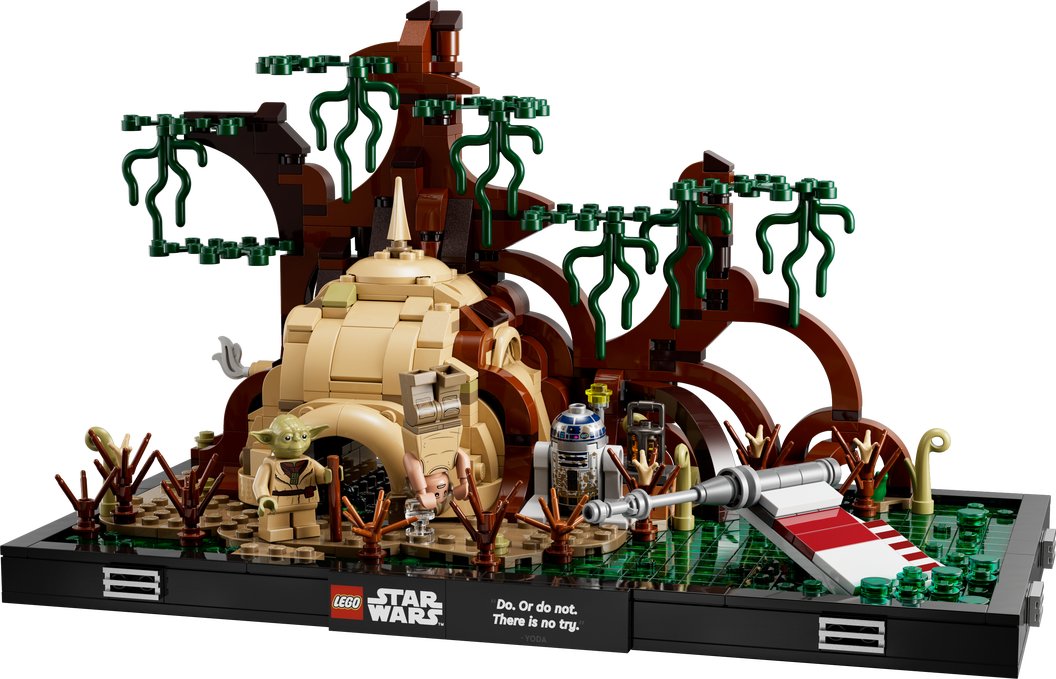 Well, I guess you could simply try to build this 1,00-piece recreation of the tutelage of Luke Skywalker from Dagobah’s eccentric green space wizard. Featuring R2-D2, an X-wing quarter, and Yoda’s hut, there’s a lot to do here! 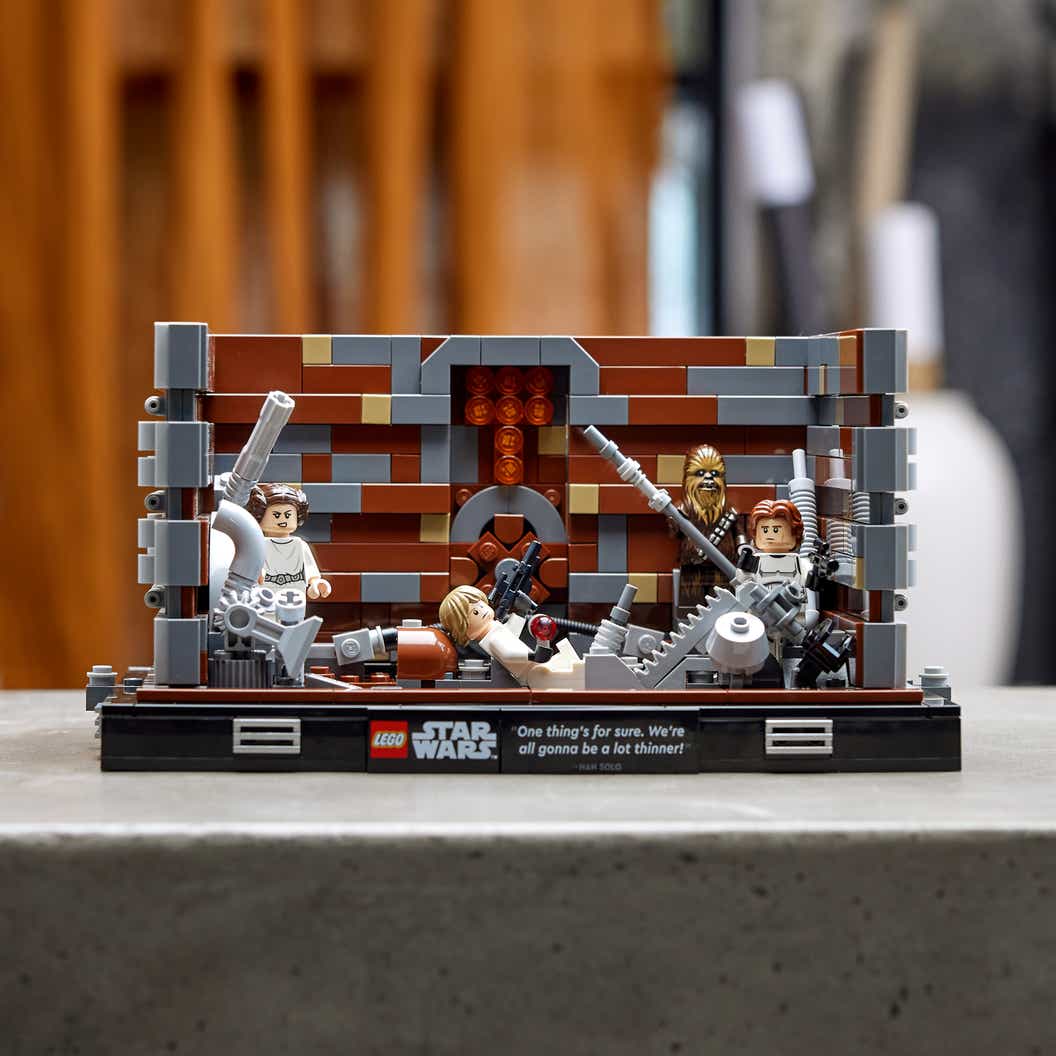 The Dianoga doesn’t seem to factor into the Death Star trash compactor at all, which is a disappointment. But I guess moveable walls, threatening to crush our party of heroes, make up for that. This 802-piece set isn’t as colorful or complex looking as Dagobah, but it’s certainly not thin on building requirements! Suppose you’re looking for something with even fewer pieces but just as much impact. Perhaps consider putting together the most iconic of Star Wars moments: when Luke blew up the Death Star.

Don’t worry! I can confirm that Luke’s X-wing is suspended in motion so that it won’t be destroying your hard work!

Bringing LEGO Star Wars: The Skywalker Saga back for a moment, I also must remind you that there are no coins offered for destroying parts of these kits like there are in the game. However, there are a lot of VIP points to collect for purchasing these kits!

So may the Force and the points be with you!