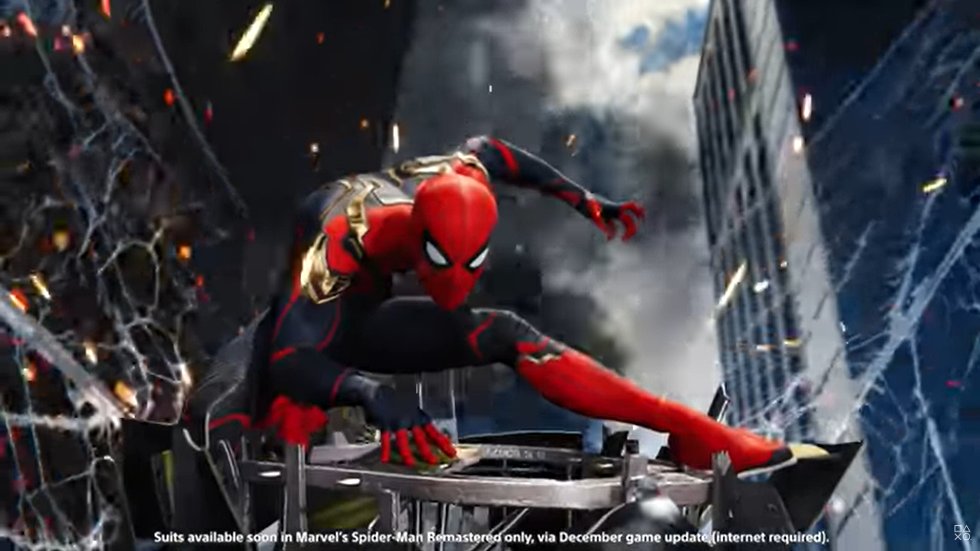 Spider-Man: No Way Home is out in just over two weeks when the movie hits theatres on December 17. Today, Insomniac Games has revealed that Marvel’s Spider-Man Remastered would see two suits from the film being added to the game on December 10.

Peter will now don the gold and black suit from No Way Home and the metallic red, blue, and gold Iron Spider suit we’ve seen show up over the last few films. These suits will be available to anyone who owns Marvel’s Spider-Man: Miles Morales Ultimate Edition so as neat as this release is, it’s only available to those who own the game.

Items like this should be free to everyone who owns the game but they aren’t. There is a way to upgrade to the Deluxe Edition if you own the base version of Miles Morales though, which can be done from the game’s main menu.

Myself, I’d prefer to see the old face of Peter making a comeback but I’ll take new suits any day.