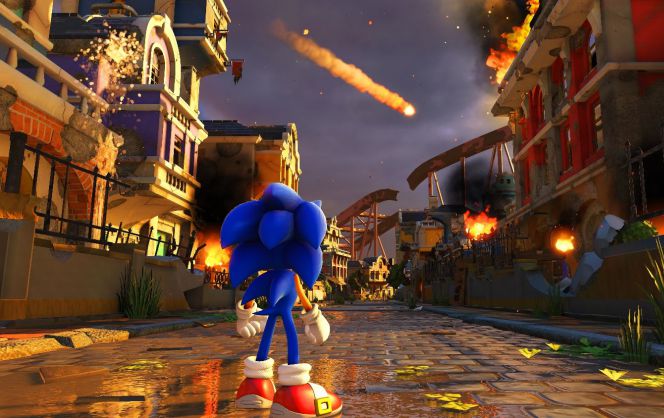 We are so close to release of Sonic Forces, I can feel the anticipation building! Today, Sega revealed new footage that’s full of action and features a new gameplay element that works when you play as a custom character.

Players can take advantage of two different Hero Characters’ abilities and Wispons thanks to the “Rental Avatar” Hero Swapping feature.

The new free “Rental Avatar” feature allows access to Hero Characters built by players around the world, granting them the ability to use their Wispons and swap between their character and the “Rental Avatar” at any point in the level. Besides seeing some gorgeous and/or hilarious characters as a result, this feature will let players utilize two different Wispons in a single level to find secret paths and overcome any obstacles in their way.

Essentially, this acts like an assist in a tight spot, and much like you would expect, can turn the tide when you’re up against the odds and only a friend can help. These wispon powerups are shaping up to be a rather impressive addition to Sonic Forces, especially to someone like me, who only got a small amount of time to play Sonic Colors when it launched due to a huge backlog.

In addition, we got look at Space Port which features a custom hero making their way through the level with their Wispons at their side.