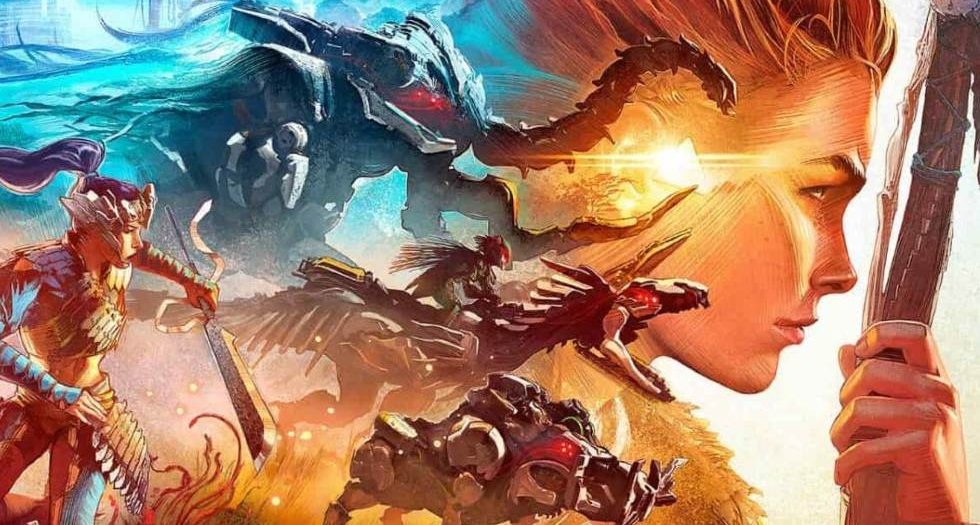 Speaking to Game Informer, game director Mathijs de Jonge and narrative director Benjamin McCaw had new details to share and by the sounds of it,  Horizon Forbidden West an exciting follow-up that gives players more tools to succeed.

Speaking to de Jonge, we learn more about traversal including the new glider, ability to climb on almost any rocks, mountains or cliff, making it even more inviting to explore your surroundings. The grapplehook, for example, allows you to climb quickly and then descend with your new glider, giving you new levels of movement.

In the first game, you could jump and see a latch and visually it looked like it could be reached but technically it couldn’t, “we found this to be annoying,” says de Jonge. “So in the sequel, we’ve added High Vault, so you could reach those out-of-reach latches.” Basically, there is a lot more freedom to explore the biomes and climbing is much more fluid than ever before.

“The climbing tools for the first Horizon were a little bit limited and restricted,” admits de Jonge, “so we really just wanted to open that up and give players the freedom to climb anywhere they like in these open worlds.”

“So now you also don’t have to go around the mountain. If there are no handholds, you can just go over them in a straight line, which is great. And then combining that of course with the glider that you can glide back down. You can go down even further into the water. We just add a lot of verticality in that sense to exploration,” says de Jonge.

On using DualSense and 3D audio, de Jonge confirms that a lot of playtesting was done on the PS4, on PS5, the developers are doing much more, adding more details everywhere, including underwater, where a new wave technique powers those sections. PlayStation 5 has more definition, and hero lighting is readily available on the new console, on PS4, hero lighting is limited to cutscenes.

Valour Surges are new and enhance combat in several ways. In last week’s State of Play demo, we saw Aloy activate an ability that knocked enemies back. The team working on the game confirmed that there are more to unlock via a skill tree. Redesigning the skill tree has given the devs the option to include new and more useful skills, and its new design is there to support many play styles. Each play style also comes includes Valour Surges, unlocked by spending skill points with the player choosing which skills to keep active.

Mathijs de Jongementions that each Valour Surge has a meter you need to fill before it can be used. If you play tactically, for example, you are rewarded with tactical XP that boosts your meter. Headshots or removing components from machines also round out the ways you can build the meter.

Melee has more variety with the skills and systems being expanded. New moves are unlocked through the skill tree and each move has specific purposes in battle, an example is the resonator blast that builds a charge on the spear. Glowing rings on the spear will detail the number of energy built into the weapon and you can discharge it onto an enemy, creating a damage point.

Set six months after Horizon Zero Dawn and Aloy is has set out to stop the red blight from spreading because she knows the truth about it. She’s been trying to understand the blight and how to stop, which eventually leads her to the forbidden west. In this new land, she’ll experience new tribes, machines and new friends. Erend returns and helps Aloy with her mission, there will be more returning characters and you’ll meet new companions the developers say you’ll come to love.

There will many more locations in Horizon Forbidden West and we won’t be stuck in only San Francisco. There will be many biomes to explore, and while no details were offered, many terrain and climate types will be available, including a frozen area.

This time around, the workbench will be located in the settlements to interact with it. Acquiring resources from the world and machines will grant you the ability to upgrade weapons and outfits. You can raise attributes and damage points, and new skills and attacks with weapons. It is much more elaborate than ever before.

The team also confirmed on PlayStation 5, a Performance Mode is coming and till target 60 FPS.

Narrative-driven Sumire Is Out Now