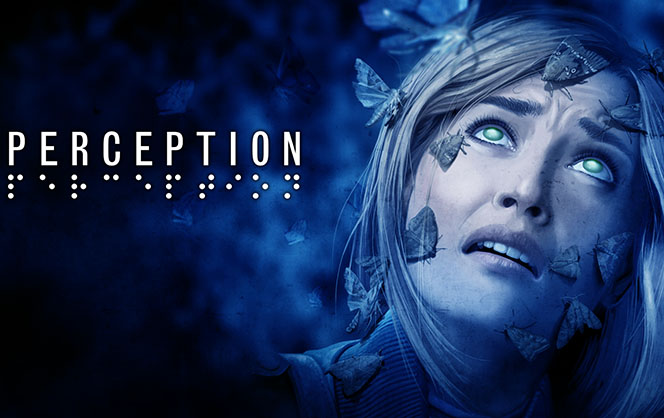 New Game From Former BioShock/Dead Space Devs Out May 30

Perception is a new game that is being branded as a “sensory horror adventure,” from a studio that’s got great talent that worked on series such as BioShock and Dead Space.

Developed by Deep End Games, you play as Cassie, who is blind, and with the use heightened hearing must solve an “ancient mystery.”

After months of research, Cassie has discovered an abandoned mansion in Gloucester, Mass. Armed with a cellphone to contact the outside world and her drive to solve the mystery, she sets off for Echo Bluff… only to find it’s worse than her nightmares. A ghostly “Presence” has tormented the house’ inhabitants for generations, and now has its eyes set on Cassie. She must solve the estate’s mysteries or risk becoming one of its victims.

Cassie finds her way through the house by tapping her cane to “see” via echolocation. Every sound creates a visual, but there is a cost. Each cane tap will reveal her whereabouts not only to herself, but to her pursuer, the Presence. She must avoid detection by using the ambient noise of the house to help her navigate or by making use of objects to create distractions.

Only one thing is certain: The Presence is searching for Cassie… and it’s listening.