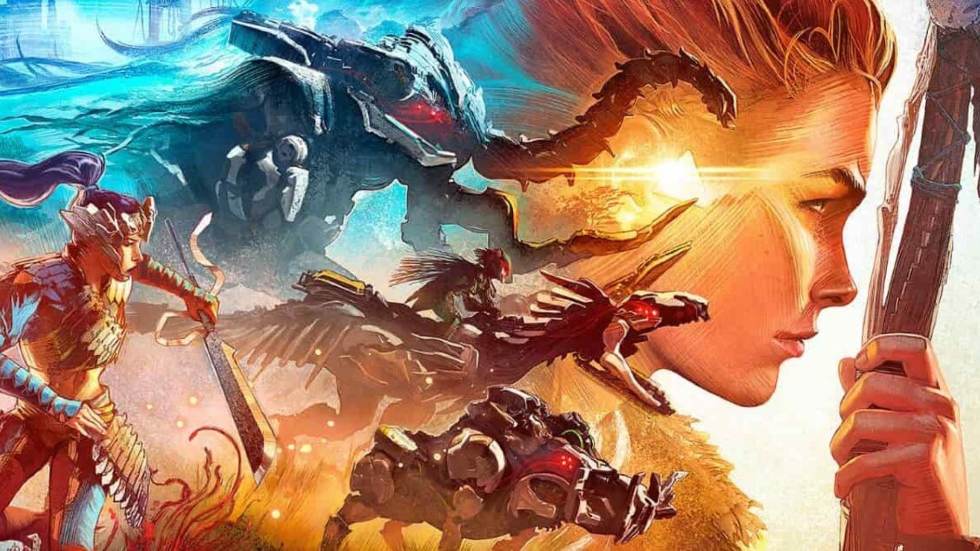 A new entry on the PlayStation Blog from Guerilla Games has landed and it details how the team has focused on creating new systems that influence crowds and how the various NPCs around the world act, depending on the tribe and the culture they belong to.

Spearheaded by the Living World team at Guerilla, this group of developers work on aspects of the game that strive to make the world feel authentic and alive – from tribes to settlements and the people.

Lead Living World Designer at Guerrilla, Espen Sogn broke down how his team faces the challenge of creating a world filled with activities, as well as authentic people.

“When you walk through the Forbidden West, everything should feel like it belongs there,” says Sogn. “The Living World team at Guerrilla works on aspects of the game that make the world feel authentic and alive: the tribes, the settlements, and the people within them. There’s an intention behind everything we place within the world.”

The Living World team has worked closely with the narrative team to create a world that fits the narrative being told to players.

“Our main challenge is translating this narrative framework into visuals that are integral to the world itself,” says Sogn. “For example, the Tenakth (a tribe in the game) are known to be competitive and combat-focused, but so are other tribes. So how do we distinguish them, and how do we communicate that visually?”

“It then becomes all about the details, the animations, and the behaviors. Within their settlements, you’ll see the Tenakth working out, readying themselves for battle. They’re often younger because they need to be capable warriors. Their base is an ancient ruin, from which they’ve picked up certain Old World gestures that they may not fully understand – like using a military salute to say hello.”

“Ultimately, our goal is to make sure NPCs feel connected to where they live, and we work closely with other internal teams, such as Narrative, Quest, and Environment, to make sure that every location feels authentic.”

“We are constantly adding layers of authenticity within the world through animations and behaviors. When members of a tribe are in their settlement, their safe spaces, they can act like themselves. The Oseram are a social and historically patriarchal tribe, so their animations are more about shoulder punches and high fives. The Utaru, on the other hand, are laid back, so they will often sit down together and be a bit more touchy-feely. As the player moves around, these are potential subconscious hints that will help you visualize where in the world you are.”

From the sounds of what the team has aimed to do, Horizon Forbidden West has the makings of a memorable world. While all of these new systems sound great, it’s hard to gauge how successful they will be given there isn’t anything to go on. From the blog post today, I can’t tell how lifelike the NPCs will be when Aloy walks into their settlement. Some sound like they may have an issue with her but the way it is described is said tribe will act said way because of the tribe they belong to. The task sounds daunting to me, especially with how many NPCs I can imagine we’ll be seeing in February.

Earlier in November, Guerilla detailed the mechanics they are adding into the sequel because the system wasn’t powerful enough to render them.