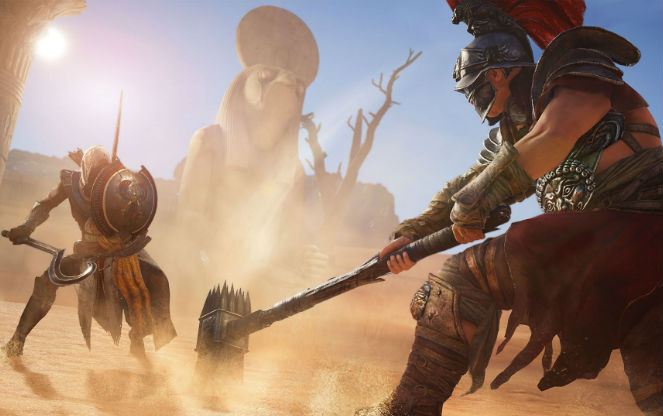 In what is quite possibly the largest taking Ubisoft has one in terms of a game world, Egypt in Assassin’s Creed Origins is getting even bigger. Crazy, right? Since launching in October, I’ve only recently finished exploring enough to feel satisfied, and admittedly, there are still some areas I’ve left full of things to do because of simply how much else there is to do.

Each region in Origins is a decent size and there are lots of secrets to find, it can feel overwhelming if you let it be. That said, the world is full of life and a joy to explore as you trek through deserts, lush greenery, and cities.

This month marks the first major DLC for Assassin’s Creed Origins, as Ubisoft plans on releasing The Hidden Ones sometime this month, and takes place in an entirely new area, and features an “all-new vast story,” as well a level cap increase that bumps Bayek from level 40 to 45.

The Trials of the Gods also return, with Anubis returning tomorrow, January 9-16, and Sobek from January 23-30.

If you thought this was all, you’re wrong – a title update will be available which includes a new quest to tie in The Hidden Ones content, and new items will be available in the Heka chests, including the Nightmare and Fire Civilization packs, as well as the Gladiator and Wacky pack.