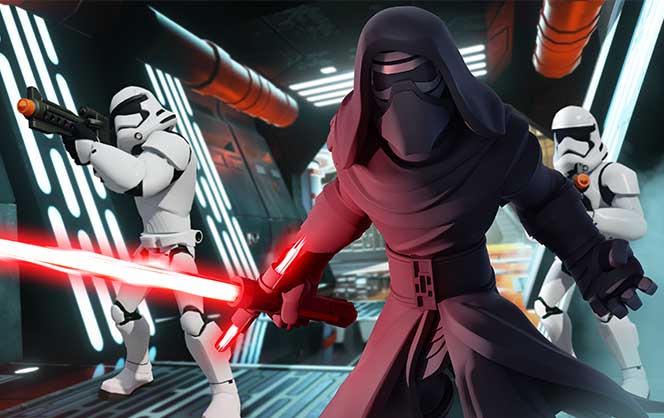 More Disney Infinity news! Disney Interactive and Lucasfilm recently revealed new characters, Kylo Ren (an enforcer for the First Order) and Poe Damerona (a pilot of the Resistance), who will be available as playable characters for the Star Wars: The Force Awakens Play Set. Available on December 18th, the Force Awakens Play Set will be the third Star Wars Play Set for Disney Infinity 3.0, and will include characters Finn and Rey within the pack.

“When Star Wars: The Force Awakens is introduced December 18, the Disney Infinity Play Set will be the only game where fans of all ages will be able to experience key moments from the film,” Ada Duan, Vice President, Lucasfilm Digital Business & Franchise Management stated. “Lucasfilm worked closely with Disney Interactive to develop a fun experience for kids and families who are just getting to know these new Star Wars characters and stories.”