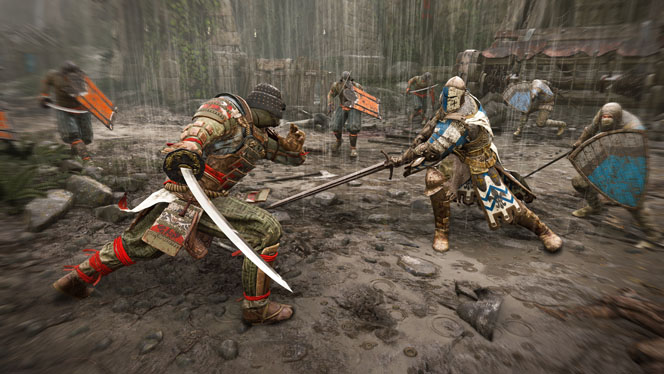 New Characters Coming To For Honor

Ubisoft announced new content coming to For Honor; including new maps, characters and more, that will roll out over the rest of this year and into the next.

Part of the new details about Season 3, coming to the historic hack and slash multiplayer is the launch of a dedicated server infrastructure that will improve connectivity and stability of matches. This will allow for smoother gameplay, especially in 4v4 mode that had experienced the most lags than other modes. So now with the new and improved server structure in place, if a player leaves a round mid-match then the game wont pause trying to find another host.

In addition to the new server structure will also be new gear, maps and modes; however Ubisoft didn’t give fans too much details. The AAA studio did however clue fans in when it came to the two new characters that were announced, Gladiator and Highlander. Gladiators will be more agile character since they have less amour, only wielding a trident and shield. They will have a high stamina meter, can punch enemies to stun them and have faster cooldown times than the other heroes. Whereas Highlanders will wield large claymores having more reach than other swords.

For Honor has found huge success since it’s original release in February of this year. It has attracted gamers that were looking for a change in online multiplayer games. So it’s no reason why fans are excited to dive into the new content.