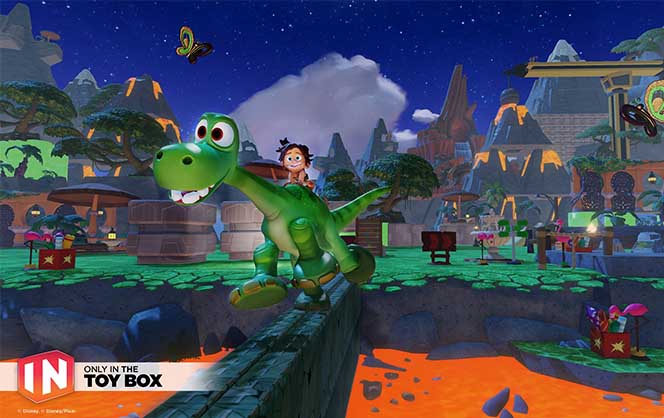 Disney Interactive announced today that four new playable characters, as well as a new Power Disc Pack are now available for Disney Infinity 3.0! This is the fourth wave of characters to be released, and includes the first Marvel characters for the 3.0 version; the Hulkbuster and Ultron! The other two characters are Darth Maul (Star Wars) and Spot from Disney/Pixar’s highly anticipated new film, The Good Dinosaur. A Good Dinosaur themed Power Disc Pack will also be available for purchase!

Here are some details on the newly available characters:

Ultron: The ultimate super villian, and foe of the Avengers! He has the ability to summon duplicate robotic sentries, and uses a magnetic pull, followed by a powerful blast of energy to defeat his foes.

Hulkbuster: The Hulkbuster is the mega-sized armor created by Tony Stark, and combines the incredible force of Hulk with the tech capabilities of Iron Man. A brute tank, Hulkbuster’s powerful combo attacks are great at dealing with nearby groups of enemies while his Thruster Dash makes up for his lack of overall speed, allowing him to close distance with targets easily. Missiles, thrusters for flight and a suit-integrated tractor beam complement this powerhouse.

Darth Maul: Darth Maul uses his double-bladed light saber, as channels the dark side of the Force.

Spot: Spot is a wild, rough little boy, who thinks and acts like a little puppy. He can use his hands, feet and teeth to attack his enemies!

All above characters are available now for $13.99 each, and The Good Dinosaur Power Disc Pack is available for $9.99!