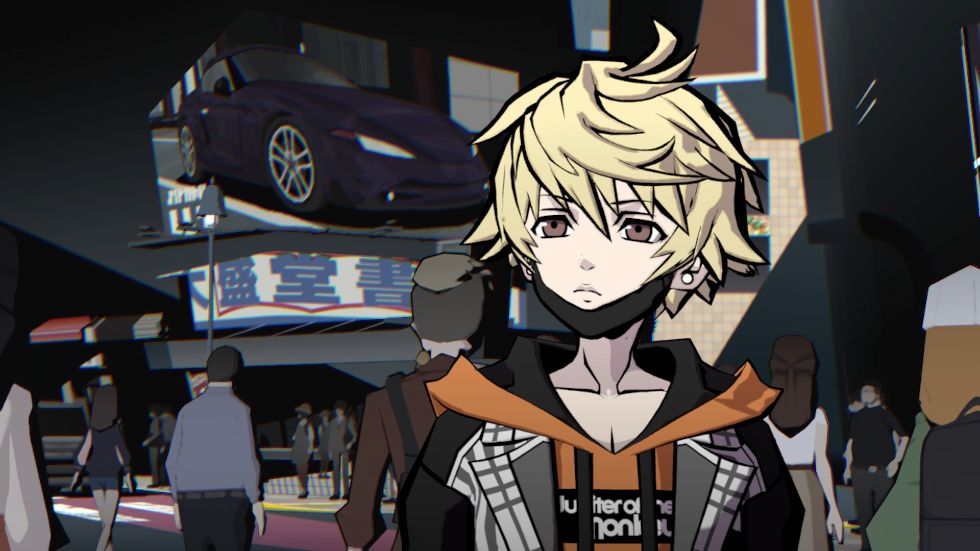 NEO: The World Ends with You Details Breakdown

Earlier today we got the opening movie for NEO: The World Ends with You and now, we’re getting a ton of details about the game, which is set to launch later this summer.

Square Enix has released a ton of information about the characters, the world, the mechanics and systems behind the game.

Just like in The World Ends with You, the game is set in the Underground, which while resembling the bustling Shibuya area of Tokyo, is a whole other dimension where the Reapers’ Game takes place. Each team that is forced to play must accept and follow the tasks set by the Game Master, Shiba and that ranges from puzzle-solving to taking down enemies known as Noise. Each iteration of the Game lasts seven days and whoever has the most points but the end of it, will have their wish granted — whatever that is, with the loser being erased from existence. 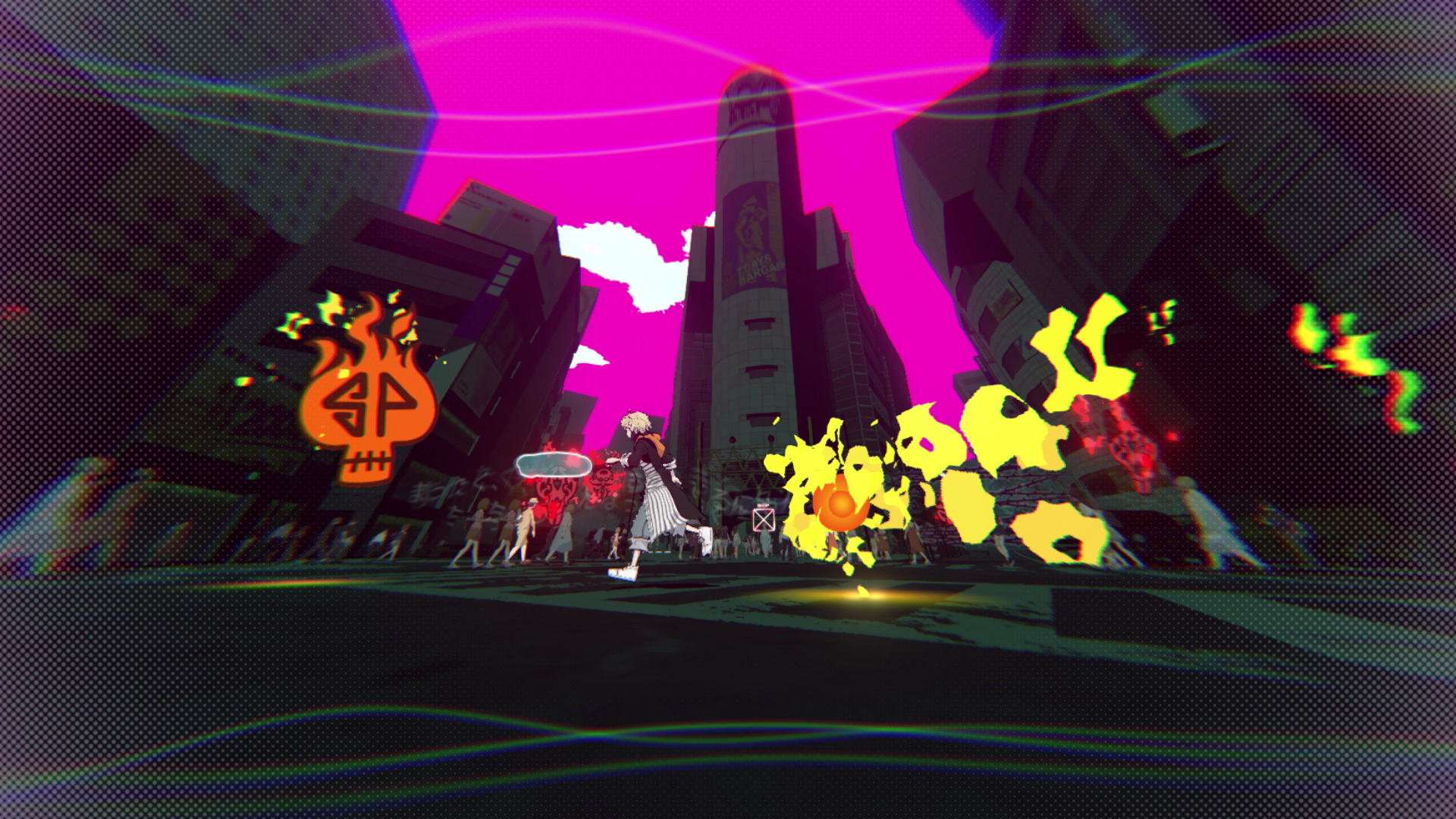 Team battles happen in a new mode called Turf Wars: Scramble Slams and you need to control various areas around town. In some cases, you’ll erase orange Turf Noise or stop a rival team from taking over an area, leaving you to claim it as your own instead. Every time you compete in Scramble Wars, you earn points and can exchange them for rewards and more importantly, chaining together battles lets you max-our your reward streak. 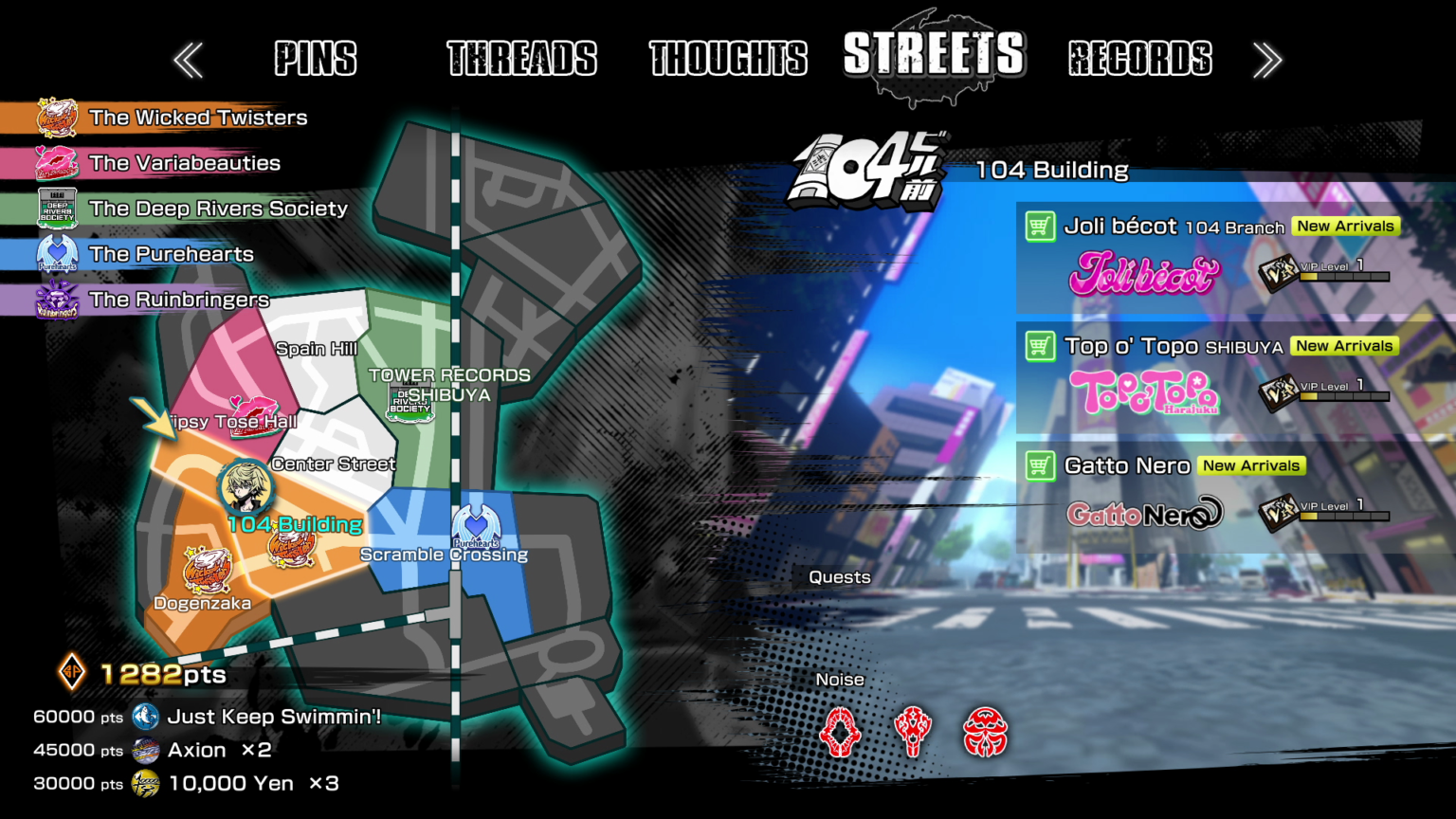 Some of the teams you’ll encounter during the Reapers’ Game include the Ruinbringers, which is described as the strongest team in the game. The roster includes Sasukichi, an intimidating and physically impressive individual who loves to socialize. Next is Tsugumi, who decidedly chooses not to interact with her team and may hold a secret connection to Shiki, a previous contest in the Reapers’ Game. Tsugumi carries a stuffed plushy that resembles the same one Shiki had in The World Ends with You and now the description says it is the mascot of new fashion brand Gatto Nero. 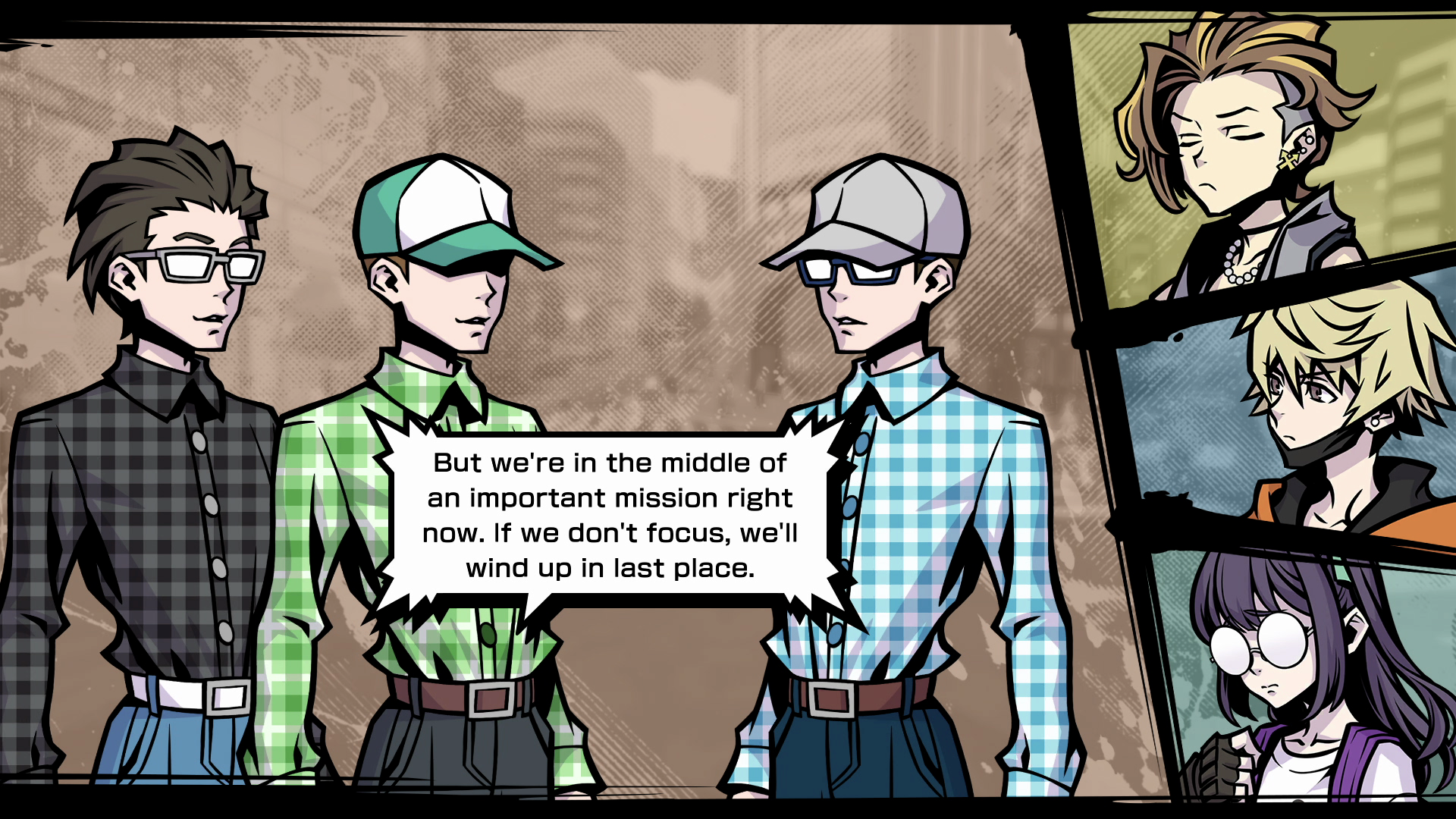 The next team is Deep Rivers Society, an overly cautious group of players that include Fuya, an individual who got sucked into the game while taking a stroll through Shibuya. He’s the leader of the Deep Rivers Society but also quite the coward and hates taking charge. 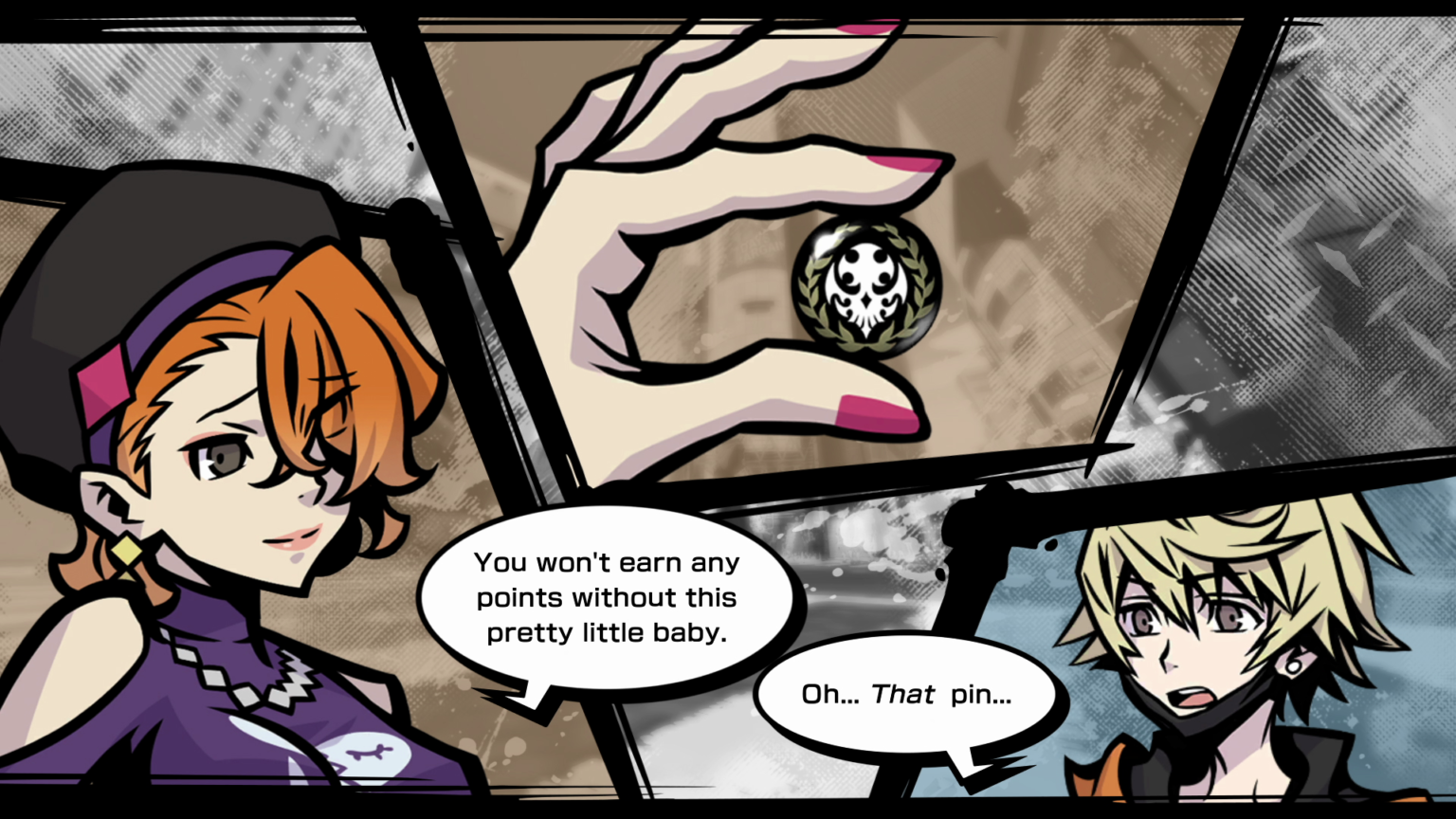 Variabeauties rounds out the third team who must play the Reapers’ Games and includes Kanon, the leader of this group of players. Kanon is the one who explains the rules of the game to Rindo and is knowledgeable about the events happening. 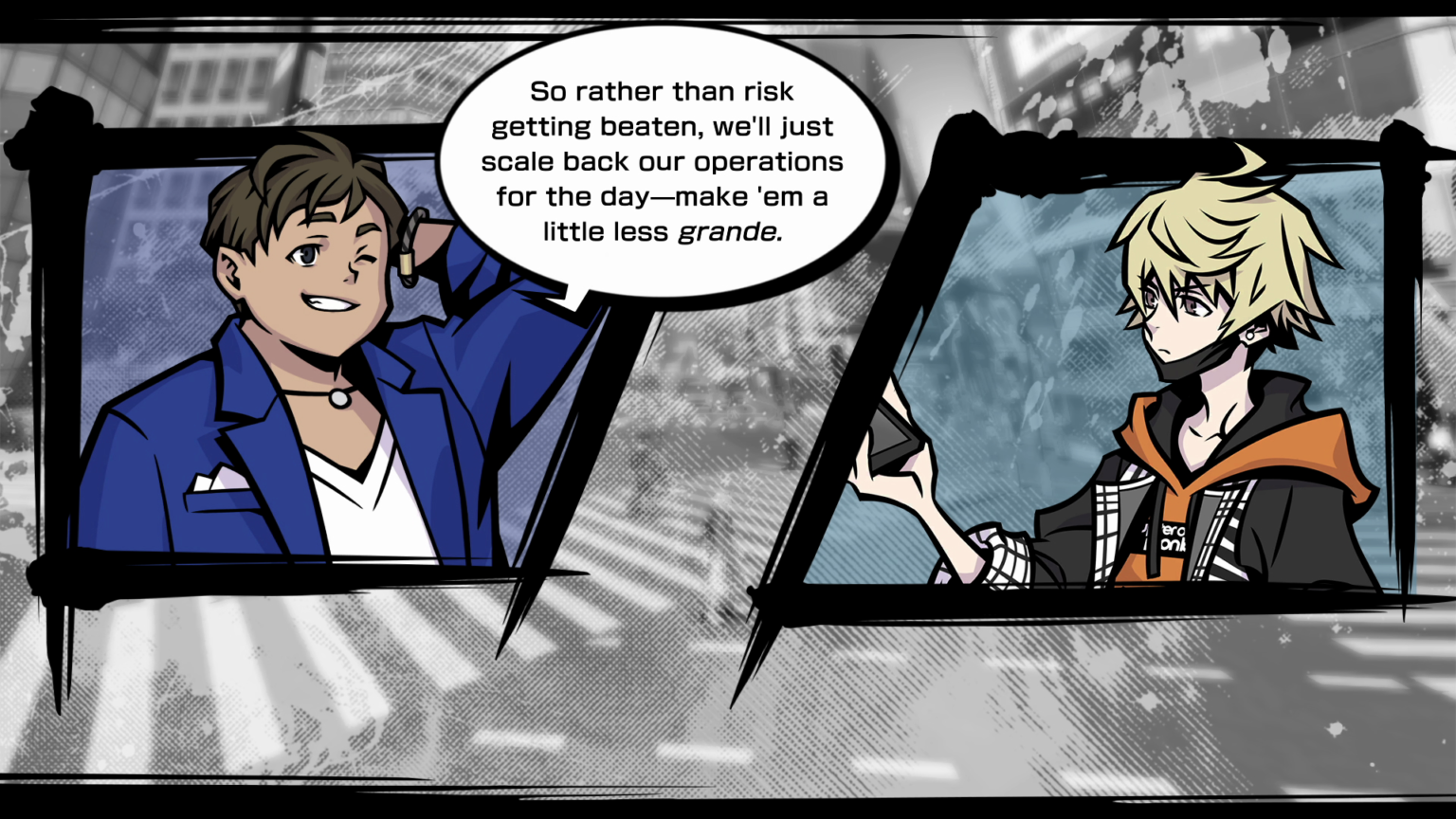 The last team is the Purehearts, a social-media-savvy bunch that takes the game by storm and uses positive thinking as a weapon. With Motoi as their leader, he uses his positivity and god vibes to survive. This also causes him to rub certain people the wrong way and often gets him into trouble. 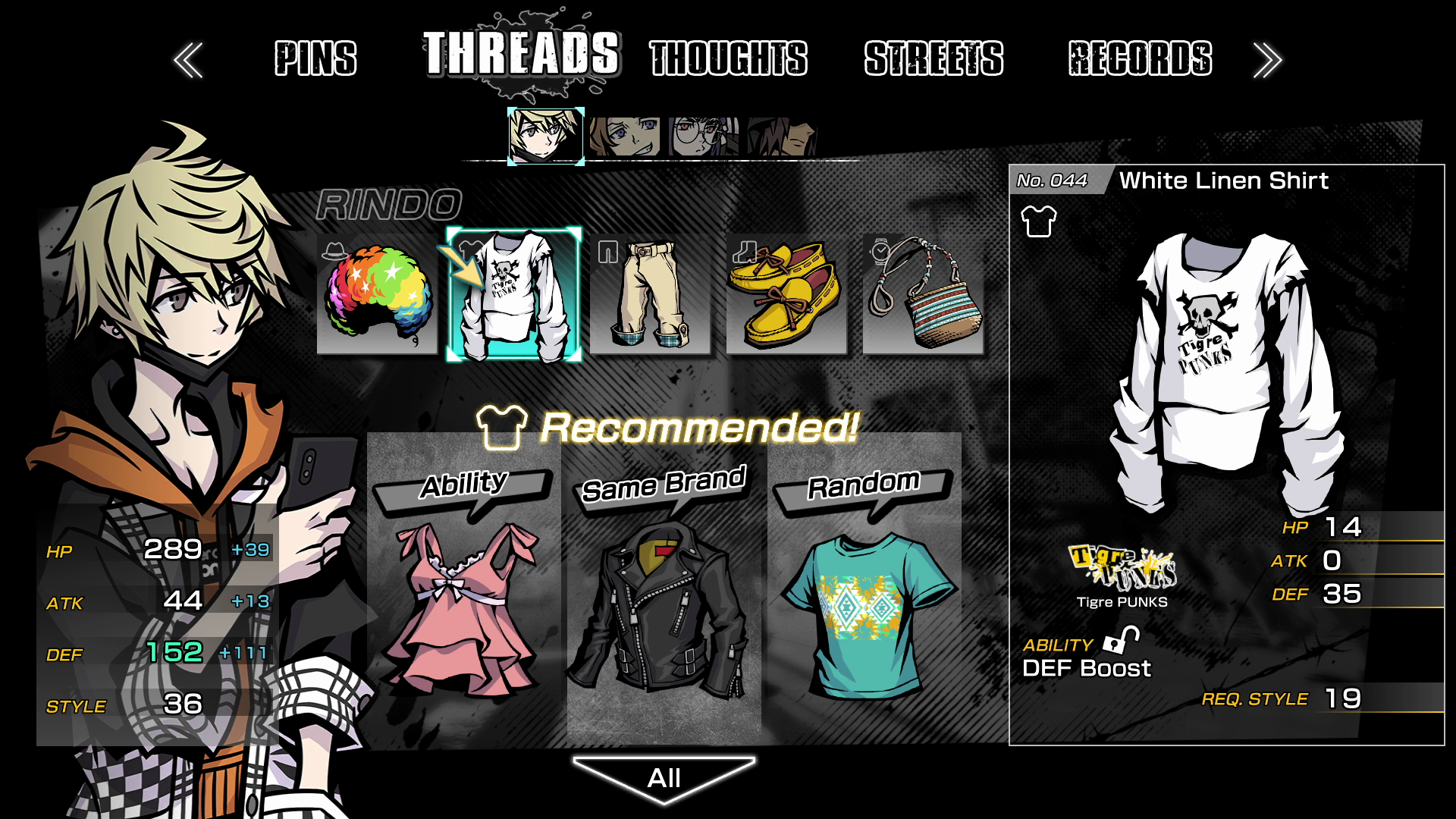 Threads make a return in NEO: The World Ends with You and through five categories of fashion items you can equip, can become stronger. Threads are useful in battle and if you equip certain pieces, an innate ability activates.

Shops are littered around Shibuy and there’s even a wide variety of them. Square Enix says there are over 40 establishments to visit, some have clothes and pins, others have food and drink, and others have collectibles including CDs and books. 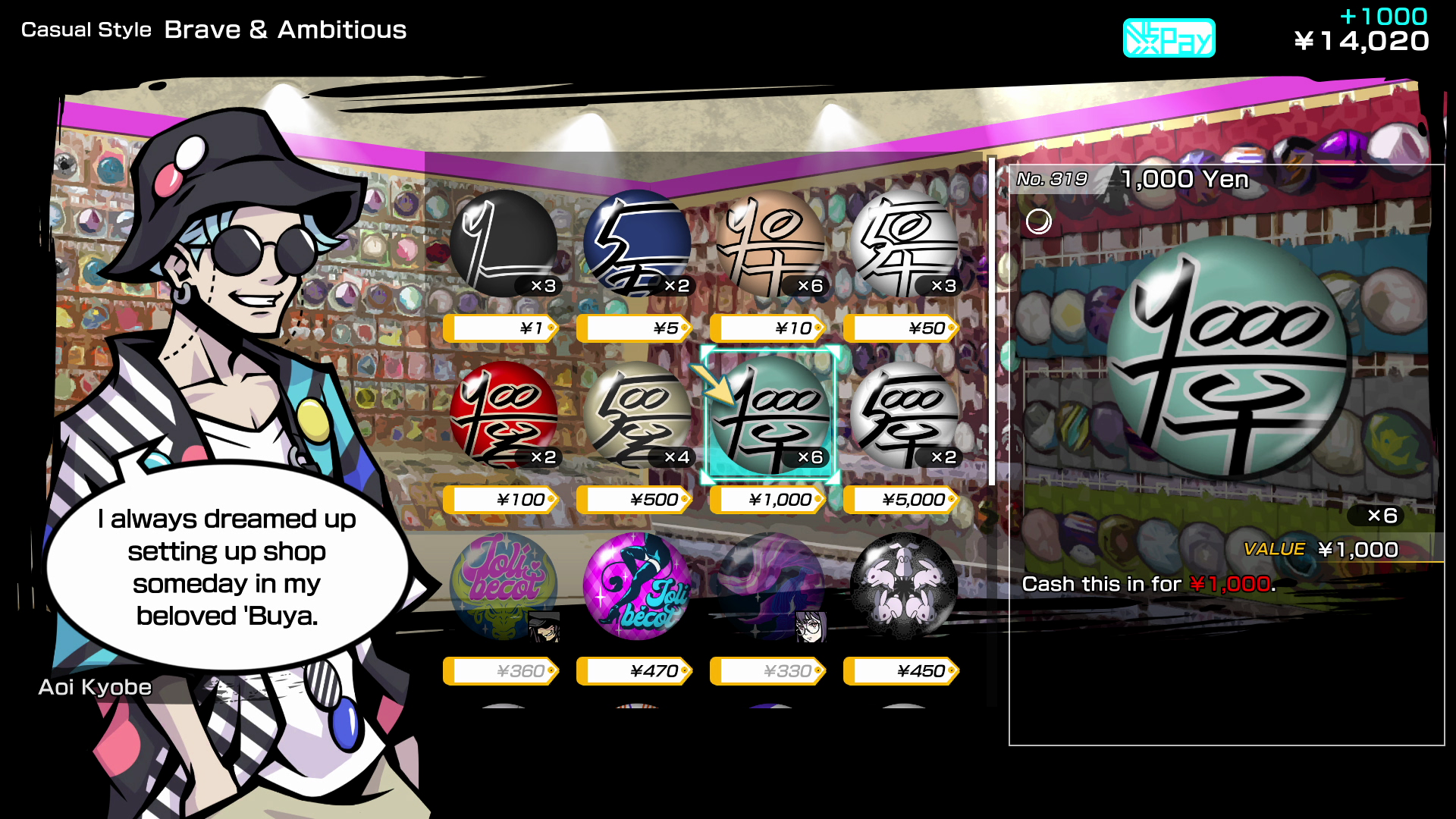 Each shop has an attendant unique to their store and by you visiting the store often, you learn more about the character and their personality, and if you often enough, you unlock a VIP perk.

The style of clothes and accessories in fashion shops changes with each brand. And as you progress through the story, the number of products increases — there are over 270 items to choose from. 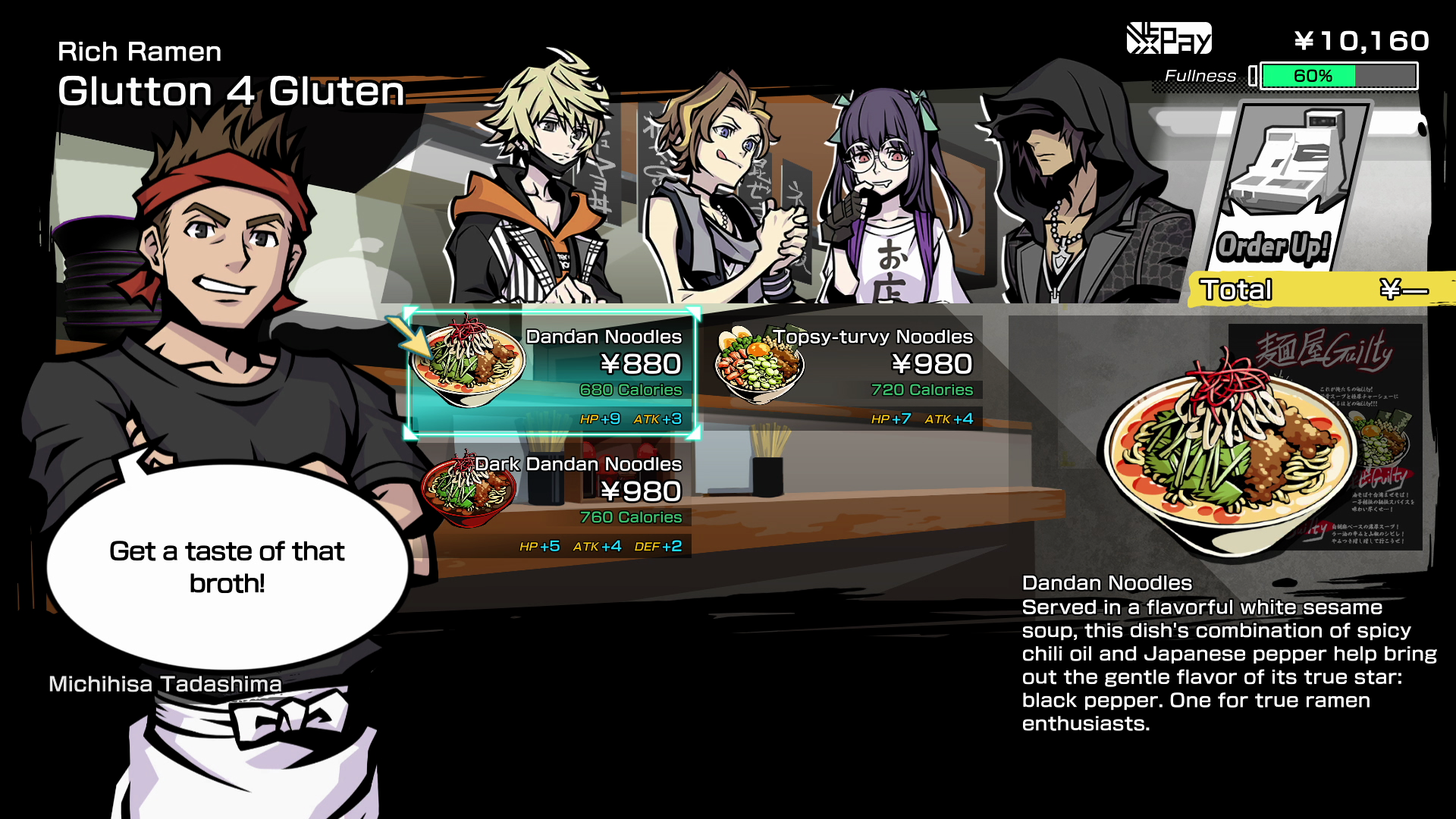 Restaurants make a return too, and Shibuya is home to a wide selection of restaurants. Each one has a variety of options, ranging from fast food to meat dishes, to veggie soups, and even parfait. By eating, you increase your basic stats and it is crucial to surviving the Reapers’ Games that you continue to eat the entire time. 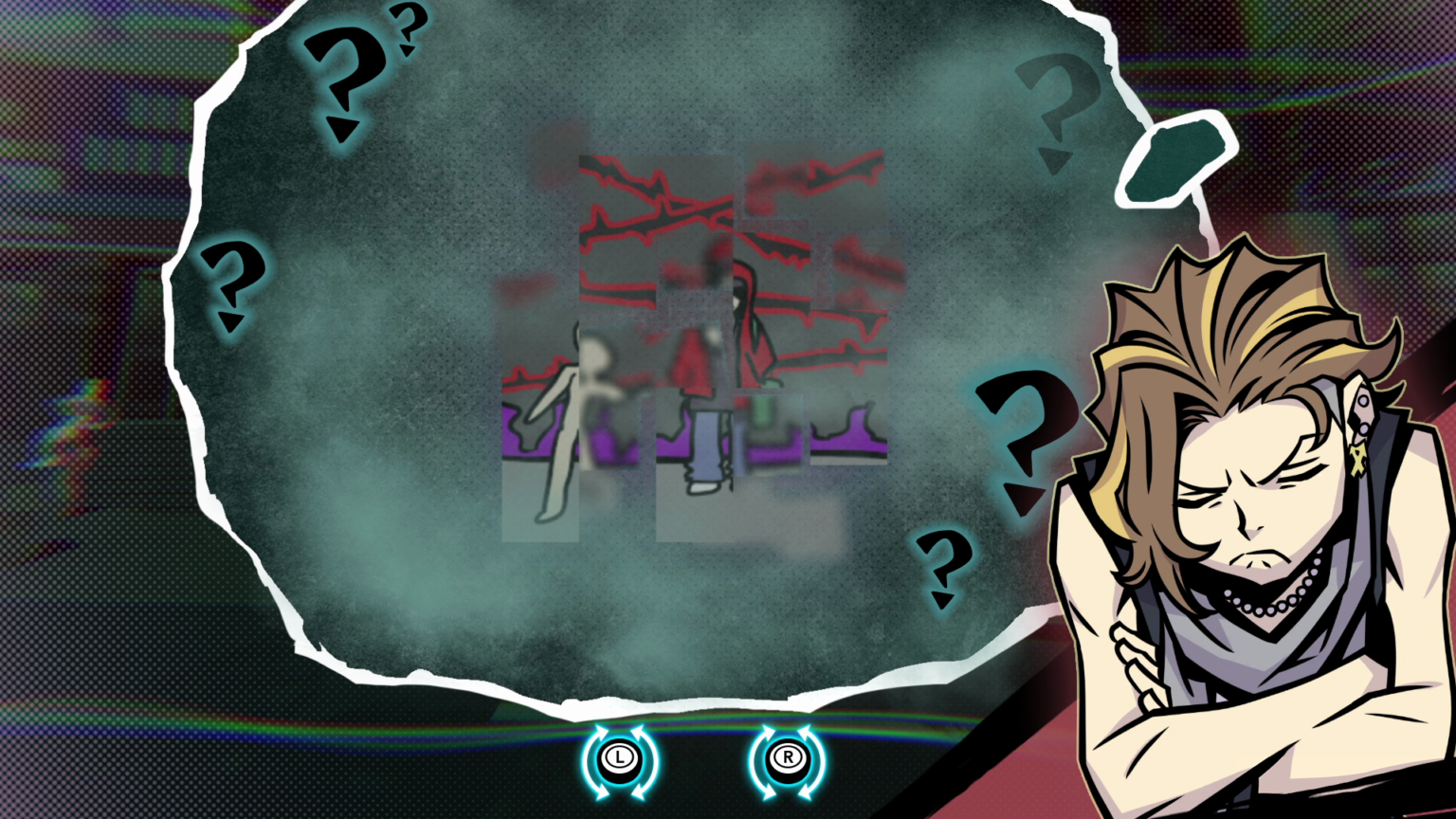 The minigame Remind is something you can experience in NEO: The World Ends with You. Fret has a unique ability called Remind that jobs people’s memories and helps them things they have forgotten. Each time the game is activated, you’ll have to reassemble the memory by putting all the pieces in the right place.

NEO: The World Ends with You launches on July 27 on PlayStation 4 and Switch.