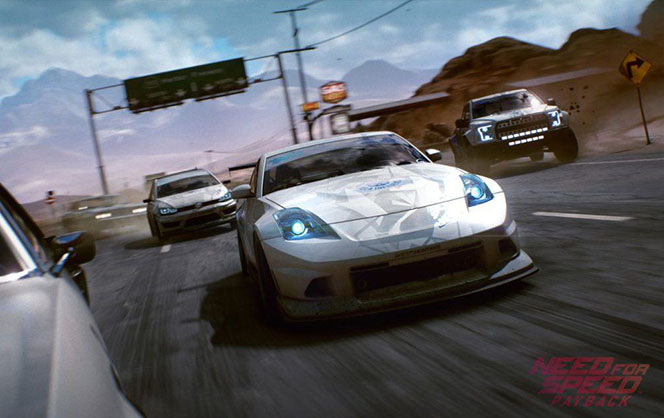 Need for Speed Payback is out next month, and we’re nearing that final lap before launch. Electronic Arts and Ghost Games have revealed a new story trailer for the next game in the long-running arcade racer series.

If you’re getting The Fast and Furious vibes from this game, I can see why as there are similar set pieces that would feel at home in that movie universe, this is, however, a racing game first and foremost, expect that before anything.

Play three distinct characters in this fall’s action-driving blockbuster, Need for Speed Payback. Tyler, Jess and Mac are united by a common goal, revenge at any cost. Experience jaw-dropping set pieces, insane heist missions and car battles like you’ve never see as you and your crew take on The House, a nefarious cartel that runs Fortune Valley’s underground.

Tyler “Ty” Ramirez is The Racer. Drag and street races are his cup of tea and as a natural born racer, he has an unwavering will to win. Once his crew are betrayed, his focus becomes singular: payback.

Jessica “Jess” Miller is the Wheelman, always on the run. She spends her time running high-risk, high-reward jobs yet never loses her level-headed outlook. She can get out of any situation, no matter how volatile and will do whatever it takes to protect her friends.

Sean “Mac” McAlister is The Showman, with a style as unpredictable and flashy as he is. Offroad races and drifting are his specialties and he never wavers around a tight corner or fears getting dirty on the trail. Mac’s happy-go-lucky attitude keeps the crew going through the hard times.