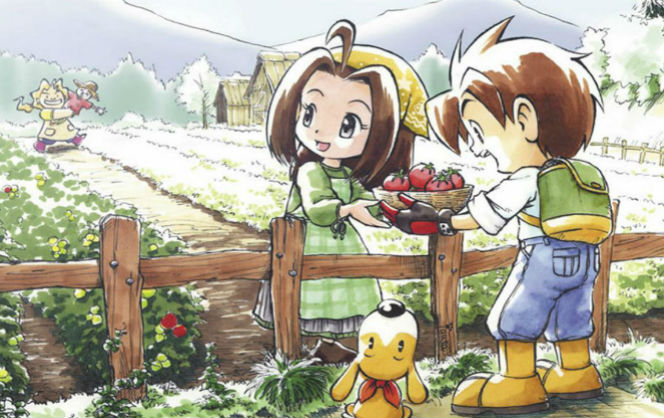 See The All-New Harvest Moon: Light Of Hope For The First-Time On Switch And PC, Plus Wild Guns Reloaded on PC, River City: Knights Of Justice And River City: Rival Showdown on 3DS and More!

In celebration of Harvest Moon’s 20th anniversary, the recently announced Harvest Moon: Light of Hope leads the lineup, and will be shown for the first time on Switch and PC! Also on display at the show will be Wild Guns Reloaded for PC, River City: Knights of Justice, and River City: Rival Showdown (both for 3DS). All the games will be on display in booth 2047 in the South Hall at the Los Angeles Convention Center, June 13-15.

Fans will be excited to learn that for the first time, beloved Natsume retail items will be available for purchase at the booth. Natsume’s popular and adorable 6″ and 12″ plush, including alpacas, horses, dogs, pigs, chicks, bluebirds, pandas, sheep, and more will be available, along with other exciting items!

In Harvest Moon: Light of Hope, players begin the game as they set out looking for a fresh start and new surroundings. During their voyage, their ship is hit by a monsoon and goes down. As they drift into a small harbor town, now in a shambles from the storm, it will be up to the player to help rebuild the town and save the lighthouse…but it won’t be easy! Nevertheless, with some hard work growing crops, tending livestock, and gathering materials for repairs, players will be able to make new friends, start a family, revive the lighthouse, and save the town!

In Wild Guns Reloaded, Annie has tracked down the famed bounty hunter Clint to get revenge on the Kid Gang. With eight stages, each with three zones, there’s plenty of bad robots to blast away. With a true arcade game feel, Wild Guns was the first sci-fi western to arrive on home consoles, and to this day, there really isn’t any other game like Wild Guns!

River City: Knights of Justice, known in Japan as Nekketsu Mahou Monogatari, is scheduled to launch as a 3DS eShop exclusive this summer. Kunio and his friends go medieval in this unique entry to the River City series, as they are transformed into heroes and villains that would be home in any RPG! Players will use swords, staves, and even magic to bring peace back to Riverandia!

River City: Rival Showdown, known in Japan as Downtown Nekketsu Monogatari SP, will launch this fall for the Nintendo 3DS. One night, Kunio is attacked by two mysterious individuals. On top of that, Riki’s girlfriend has disappeared, and it’s up to Kunio to find out the truth! Kunio has just 3 days to unravel the mystery, and he’ll need your help to take down all who stand in his way! Take on some familiar faces from the River City games and meet new ones in this fast-paced beat-’em-up RPG.

As part of the year-long 20th anniversary celebration, Natsume has also unveiled the re-release of Harvest Moon: A Wonderful Life Special Edition, Harvest Moon: Save the Homeland for the PlayStation 4, both of which will be available to play at the show.