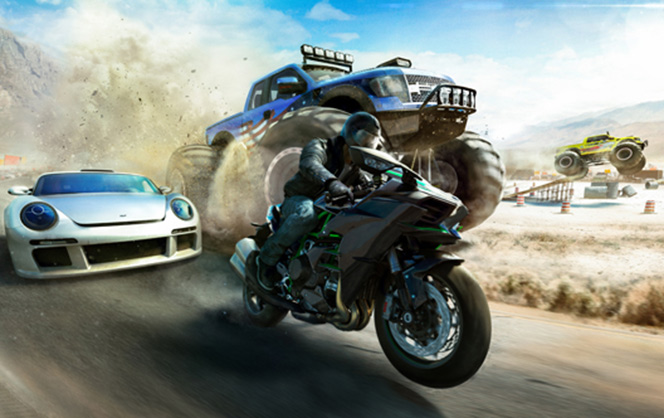 My Weekend With The Crew: Wild Run

I’ve been playingThe Crew: Wild Run over the weekend during the closed beta Ubisoft has held.

Last year when The Crew launched, we liked it and suggested it to our readers to play. The open roads of the US were bold and I had a great time exploring the open road throughout the continental United States, finding events to level up with, challenge rival gangs and race against friends online.

The Crew as of this article has sold over 3 million copies so we know there is a large player base to tap into for future sequels and spin-offs.

I’ve spent over six hours this weekend diving back into the world of the 5-10 motor club, racing monster trucks in the Monster Arena – which is one of my favourite additions by the way – to racing to the summit to survive some exciting and run courses that definitely put a smile on my face as I attempted to get through them. Wild Run has included a few new classes of vehicle including motorbikes, dragster cars and monster trucks. They are all fun to use and add a welcome set of events tied to each class.

Maybe it’s just me but I noticed that Ivory Tower has taken heed and listen to fan feedback of requested features and implemented them well. While being familiar with drifting in many racing titles, in Wild Run drifting is a race to acquire as many points before the timer runs out. Fairly standard but fun to acquire these points.

Motorcycles feature all the same categories as cars and allow you to come up against cars and other motorcycles spread throughout the world. The handling took some getting used to but became fairly easy to acclimate to once I had crashed enough times.

Monster trucks like I mentioned earlier, have one of my favourite modes and I sought to find as many of these arenas throughout the world as I could. The Monster Arenas are playgrounds that encourage backflips, front flips and other impossible stunts and all the while having you collecting points to earn high scores.

Dragster cars are set in the desert and encourage players to burn tires. You then would begin takeoff and will have to shift manually and time your shifts to hit the green zone to gain maximum speed. The whole idea is simple but winning that quarter is satisfying when you complete it with the best time.

The beta was held on PC, but the new graphical improvements show. Cars look less cartoonish and pop out in the world, the world seems denser driving through the world felt far different than the vanilla game. The increased draw distance was noticeable especially after playing The Crew earlier this week on PlayStation 4.  I have no idea how well the graphical overhaul will look on PlayStation 4 and Xbox One but on PC the game is definitely prettier. From the four days, I had to test the new content I felt that this is what was missing from the original The Crew and encourage new players to start here.