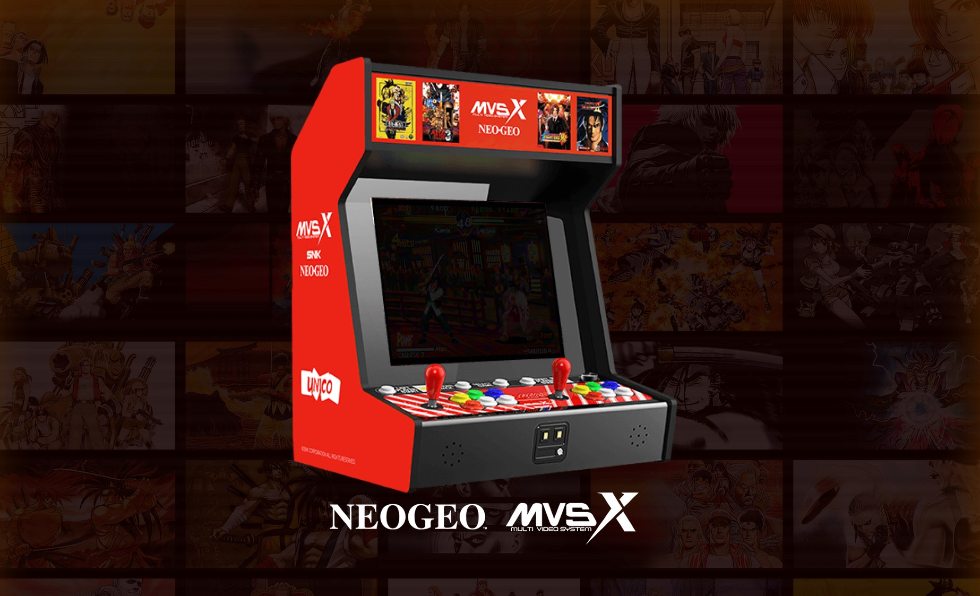 A really cool announcement came across my mailbox today. The new MVSX Home Arcade, which includes 50 classics, is up for sale and is scheduled to launch this October. If you grew up in an arcade as I did, this is an exciting way to revisit those memories of dropping quarters into every machine that was available.

The SNK NeoGeo MVSX will be the ultimate home arcade for fans of classic SNK titles as it will include both the MVS arcade and the AES home versions of games from fan-favourite series like The King of Fighters, Metal Slug, Fatal Fury, Samurai Shodown, Art of Fighting and sports titles including Baseball Stars Professional and Top Player’s Golf. The games are all housed within a stylish tabletop arcade with an attached base that has a 17-inch 4:3 LCD screen and has two-player support with analog joysticks and buttons. Fans of the classic SNK NeoGeo MVS arcade machines are sure to love the tabletop arcade’s aesthetics as it’s decked out in red and white, has familiar button placements (such as the “SELECT GAME” button) and has its signature marquee showcasing beautiful box art for the most popular franchises of the 50 games.

As for pricing, it’s a bit hefty at $450 USD or roughly $700 CAD. It’s launching in a few short months and even comes with an extended base that fully resembles a functional arcade cabinet but that’s an extra $50 USD or $70 CAD. If this is something you want to purchase, pre-orders are opening in September.