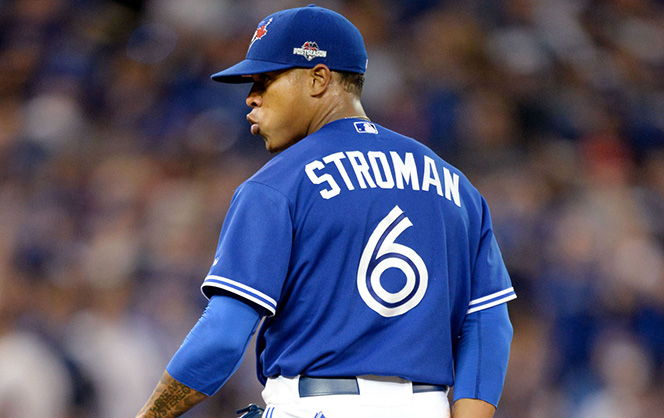 PlayStation exclusive MLB The Show 18 will launch on March 27 2018 and will feature AL Rookie of the Year Aaron Judge on the cover of the game. However, if you’re Canadian, Marcus Stroman will grace the cover this year.

Ramone Russell of Sony San Diego took some time and spoke about the game on the PlayStation Blog. Judge was chosen for his outstanding year in 2016, which included a home run during his career’s first at bat, and then proceeding to break a bunch of rookie records in 2017, and winning a Home Run Derby.

Judge has hit 52 home runs as a rookie, breaking legendary Mark McGwire’s MLB rookie record of 49; and also hit 33 home runs at Yankee Stadium, breaking the record of 32 set by legend Babe Ruth in 1921. This rookie is the living, breathing example of Road to the Show – create a player with massive stats and trek on to becoming a legend – which is why we are proud to announce him as the cover athlete for The Show 18. Marcus Stroman was drafted in the 1st round in the 2012 Major League Baseball Draft by the Toronto Blue Jays and made his Major League debut on May 6, 2014 and made his first Major League start on May 31, 2014, pitching six innings and surrendered only one earned run on five hits, striking out six and issuing no walks to earn the win over the Kansas City Royals.

A fan favorite, he is known for his grit and determination. He has dedicated his life to overcoming obstacles and showing people that greatness isn’t measured in what others think of you; what’s important is who you think you are and working hard to achieve your goals.

There will also be an exclusive version of MLB The Show 18 released at EB Games called the All Rise Edition, which features: