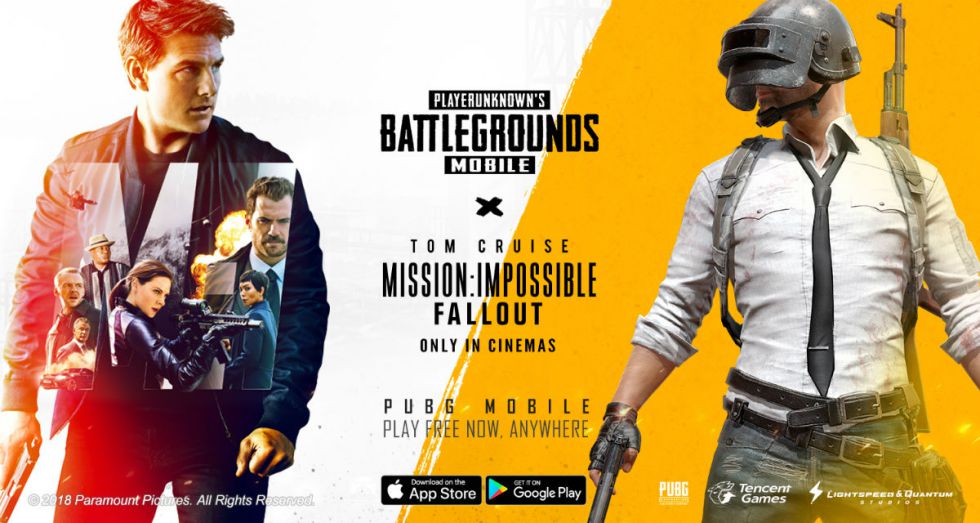 Mission Impossible Is Teaming Up With PlayerUnknown

Fortnite isn’t the only game that is teaming up with a major motion picture. No, PlayerUknown’s Battlegrounds is doing its own thing with Mission Impossible: Fallout, which launched last week to critical and commercial success. Sounds cool, right – except it’s only on mobile.

The tie-in features challenges and rewards for those interested and features small nuances like music from the film. It’s not a massive promotion but if you’re playing on mobile, this may be of interest to you. I’ve tried to play PUBG on mobile but found it wasn’t for me, as I prefer the bigger screen and controller over mobile gaming.