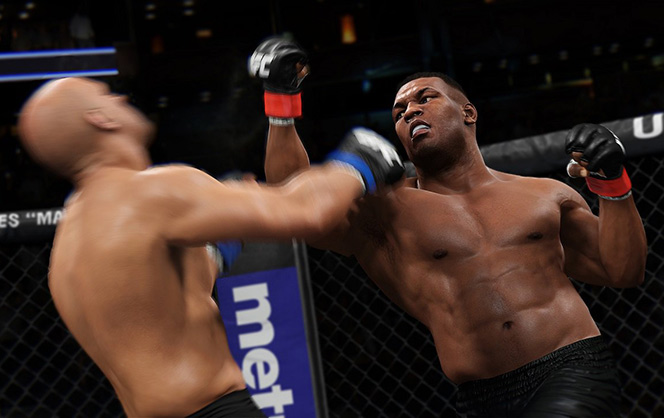 Mike Tyson Is In The New UFC Game? Mike Tyson is making a what-if entrance into the next UFC game.

When you think about the most devastating fighters of all time, Mike Tyson is either around, or at the top of everyone’s list. It’s fun to think that if MMA was as popular back when he was competing as it is today, you might have seen Tyson put on four-ounce gloves and step into the Octagon,” said Creative Director Brian Hayes. “This is one of those great ‘what ifs’ that we get to create when making a game like EA SPORTS UFC 2.”

“As a huge fan, I’m honored to be part of EA SPORTS and explore the world of mixed martial arts,” said Mike Tyson. “I follow UFC very closely and it’s going to be very cool to see how I would stack up against these amazing MMA athletes.”