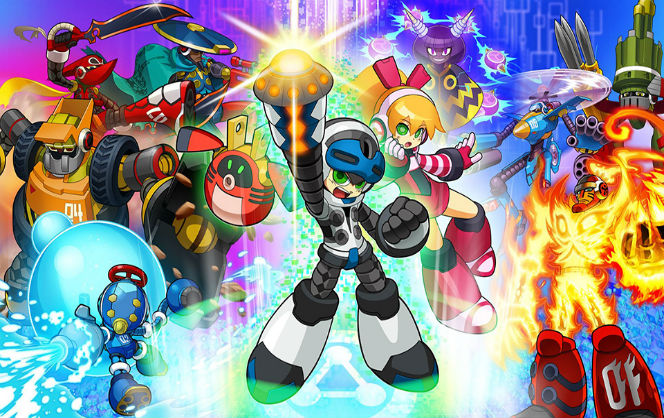 Mighty No. 9 Is Finally Out Thats right, the game that has been delayed a mighty number of times, Mighty No. 9, is finally out on MOST consoles. Oh what? You have an Xbox 360 and can’t wait to get your hands on the game? Well, you’re going to have to wait. The Xbox 360 version of Mighty No. 9 has been delayed.

Mighty No. 9 follows the adventures of a robot named Beck, unit ‘No. 9’ in a team of ten combat robots named ‘Mighty Numbers’. When a computer virus strikes, attacking his fellow robots as well as machines around the world, Beck is the only one in his line of robots not to be infected. With the help of his best friend Call, Beck must find the villain responsible for the virus while fighting off his fellow robots who have gone rogue along the way.

Mighty No. 9 is pretty much out now on almost all intended consoles, PlayStation 4, PlayStation 3, Xbox One, Wii U, Nintendo 3DS, and PC, with the Xbox 360 version being delayed for several days. You can pick up the game digitally for $19.99 or physically at all video game retailers for $29.99. The physical edition comes with a 32-page artbook, double sided poster, and various free DLCs.