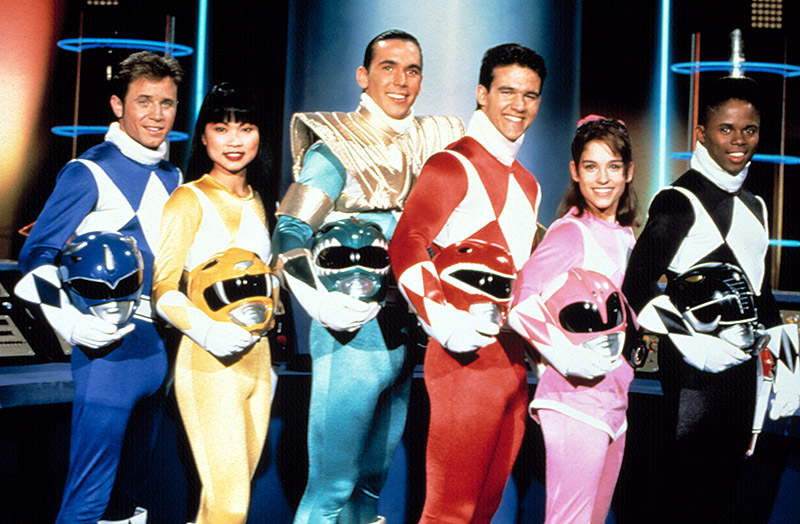 Last night was the premiere for the rebooted Power Rangers movie and critic’s reviews are still rolling in. Despite the mixed reviews that may have fans uneasy as they head to theatres, fans can find some solace knowing that the new movie has the Original Power Rangers cast’s support. That’s right! The movie’s premiere brought together the original series Rangers, minus the late Thuy Trang (Yellow Ranger),  for a mighty morphin reunion like no other.

Austin St. John (Red Ranger), David Yost (Blue Ranger), Walter Jones (Black Ranger),  Amy Jo Johnson (Pink Ranger) and Jason David Frank (Green Ranger) stole the show with their attendance and even rocked the classic “it’s morphin time” pose. This get together definitely got the nostalgia train going for fans, even though Amy Jo Johnson didn’t pose with the other Rangers on the red carpet.

TEASING MORE THAN JUST A REUNION

(SPOILER!!!) It’s great that Saban and Lionsgate are giving fans what they want both on and off the carpet, as now it’s revealed that Jason David Frank and Amy Jo Johnson make a cameo in the new movie. Finally fans will see them together again on the big screen however from someone who hasn’t seen the cameo, it’s unclear if they’re Tommy and Kimberly or other characters. Either way fans will be talking about it for a while seeing that Tommy and Kimberly’s teen romance was one of the first fans saw on-screen.  Not only is this cameo a great fan service but also well deserved especially for Jason David Frank, who has been the longest running ranger of all time with his character appearing in eight iterations of the show.

Let’s face it no matter how many reboots and remakes occur for this franchise the OG cast of Mighty Morphing Power Rangers will always be the only Rangers in our eyes. Now if we can only get Saban, Bandai Namco and Sega to team up again and remake that amazing 1994 side scrolling Mighty Morphin Power Rangers game (and no Mega Battle doesn’t count), then it’ll fulfill our nostalgia.