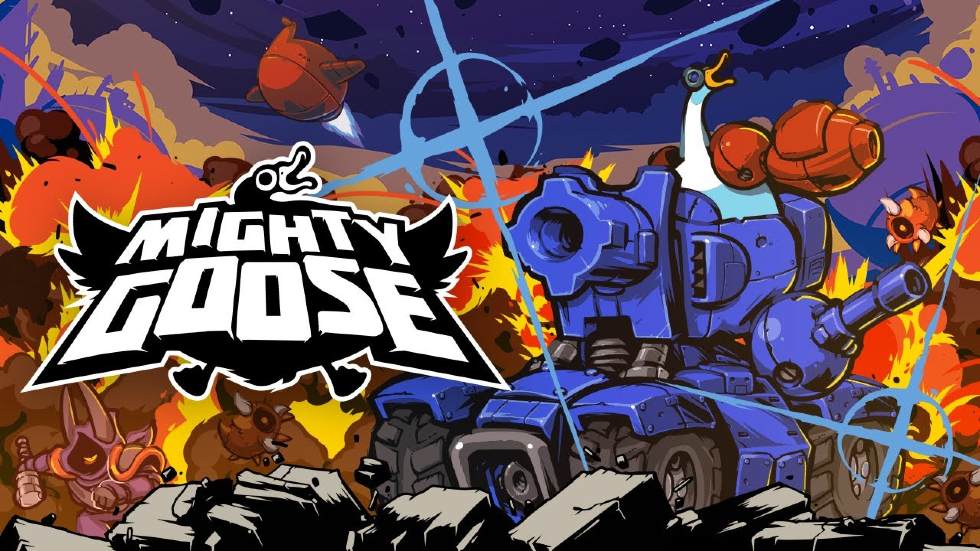 I’m still reeling from Untitled Goose Game and the amount of destruction one goose racked up in a small town. So, hearing that Blastmode’s Mighty Goose is actively recruiting another troublesome bird to star in this gun and run shooter, I have some reservations — namely who thinks these birds are as innocent as they look?

As the Mighty Goose, you’ll have to hunt down enemies across the galaxy and you’ll blast through five stages to capture your bounties. Mighty Goose has a ton of collectibles including Sprint Boots and Chonker Bombs. And you’ll even recruit allies and use their abilities to help out or recruit them as part of your team in local co-op.

Might Goose takes on the Void King and you’ll need to save Commander Vark and friends to and together and stop the hordes of minions and machines that stand between you and the evil conquerer.

“Combining the goose character with something as action-packed as Metal Slug seemed like a really funny idea.” said Richard Lems, founder of Blastmode. “Mighty Goose is a modern take on the throwback run-and-gun of the 90’s, combining funny characters and crazy encounters with solid gameplay and fluidity of a modern game.”